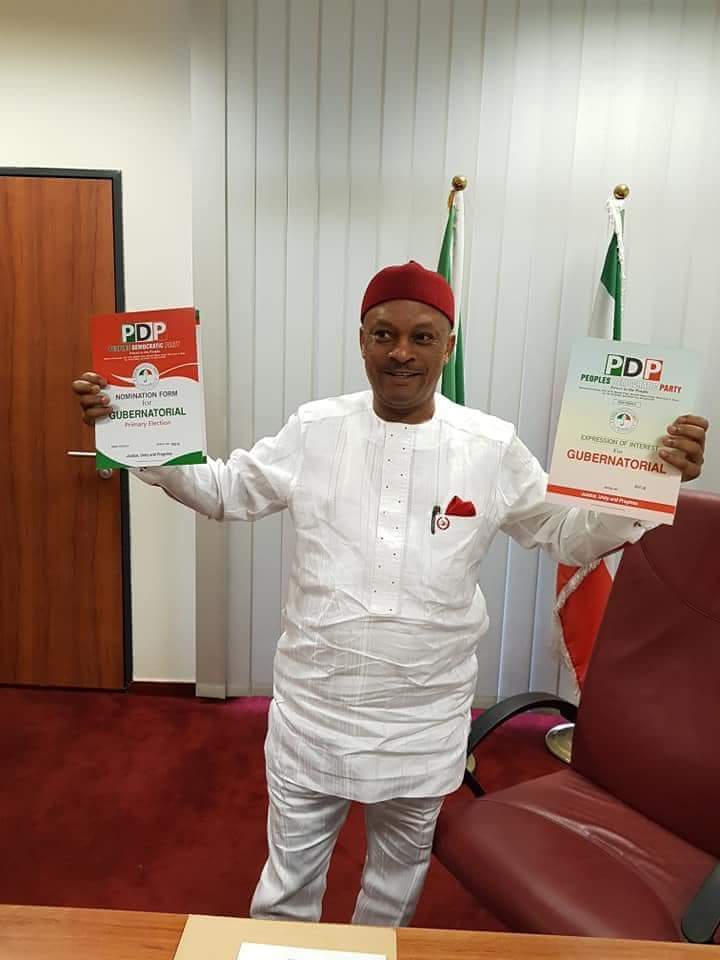 Unfazed in his resolve to pick the Imo PDP governorship ticket, Senator Samuel Anyanwu, senator representing Owerri zone, has picked the Nomination and Expression of Interest Forms for the governorship primaries of the party.

Anyanwu is the second governorship aspirant to pick the forms after Rt Hon.Ihedioha had signaled his interest to vie for the party’s guber ticket by obtaining his forms earlier in the day.

Anyanwu represents Owerri zone in the senate and is one of the top contenders for the party’s governorship ticket.

innonews - November 27, 2020 0
The state of Imo is known as a peaceful enclave that shelters political theorists, analysts and strategists. It was viewed as an...

innonews - December 20, 2019 0
Traditional rulers in Orlu Local Government Area of Imo came out in their numbers to publicly declare the abandonment of Female...

innonews - January 5, 2021 0
BY IKENNA ORIOHA As politicians jostle for 2023 elections, the All Progressive Congress (APC), has been urged to produce...

innonews - October 30, 2017 0
South East Governors rose from a meeting Sunday calling on President Muhammadu Buhari to take urgent steps to fix the decaying infrastructure in the...