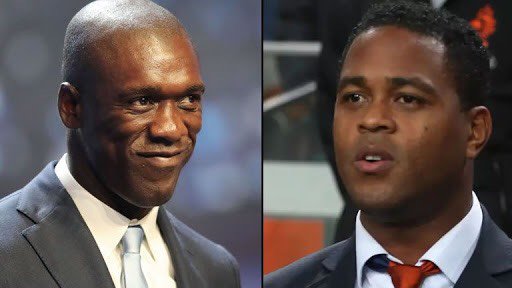 Former Dutch star players, Clarence Seedorf and Patrick Kluivert will take over the affairs of the Cameroon national team.

The duo played together for the Dutch national team for 10 years between 1994 and 2004.

The duo’s appointment was announced by Cameroon’s Minister of Sport and Physical Education, Pierre Ismael Bidoung Mkpatt, at a news conference on Saturday.

Former England manager Sven-Goran Eriksson, who was expected to be appointed for the role which has been vacant since Hugo Broos left when his contract ended in February, failed to reach an agreement.

Cameroon will defend their Nations Cup title on home soil in June next year.

Seedorf, 42, played for Ajax Amsterdam, Real Madrid and AC Milan, winning the Champions League with each club.
However, has limited experience in coaching following brief spells with AC Milan, Chinese side Shenzhen and Deportivo La Coruna with a total of 52 games.

Kluivert played for team’s such as Ajax, where he was a Champions League winner with Seedorf, Milan and Barcelona where he spent six seasons.

He was assistant coach to Netherlands boss Louis van Gaal between 2012 and 2014, and was later briefly in charge of Dutch Caribbean nation Curacao.

innonews - January 21, 2019 0
The legal fireworks over the governorship ticket of the People Democratic Party, PDP in Imo State took a new dimension Monday...