Home Viewpoint The Legal Implications Of The Non Inaguration Of The Deputy Governor On... 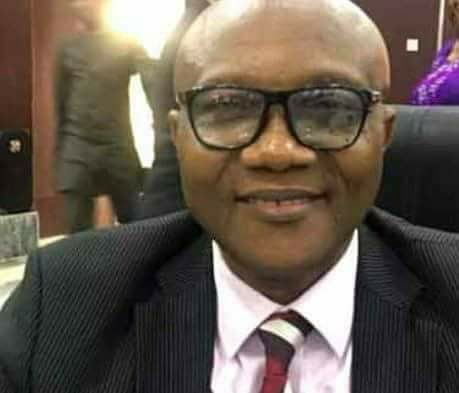 It has become elementary knowledge that the Constitution is supreme in every Democracy. This supremacy of the Constitution presupposes that all activities and actions and engagement of the various organs of Government must be derived, and derivable sheepishly from the Constitution. And the Constitution of the Federal Republic of Nigeria,1999 as amended, provides and clothes the Legislature and the Executive and the Judiciary with their distinct and distinctive spheres of authority, powers and existence, including their limits and checks and balances in Sections 4 and 5 and 6 of the Constitution, supra respectively!!!!!

In the exercise of it’s powers and authority in the Constitution, supra, the Legislative House exerts checks on the Executive arm, and adequately punishes or reprimands depending on the offence based on it’s benevolence and obvious Constitutional limitations. And one of the ways of exerting checks on the Executive arm of Government by the Legislature is through the legislatve instrument and weapon of impeachment. For emphasis, the House of Assembly enjoys * Widest Powers * in relation to the process of impeachment!!!! This is the intendment of the Constitution of the Federal Republic of Nigeria, 1999 as amended in Section 188!!!!

And this is why the Constitution obligates the Chief Judge to mandatorily constitute and inaugurate the Constitutional Panel for review of the allegations of gross misconduct upon the transmission of the notice of impeachment to him by the House of Assembly. This obligation on the Chief Judge must be exercised and executed not minding his reservations and sentiments in the political drama!!!!

And again, the Constitution recommends mandatorily that immediate replacement be made of the removed public office holder by the Governor, forwarded to the House of Assembly for screening and clearing. The power of clearance and confirmation are mandatorily clothed on the legislature to avoid vacuum and Constitutional crisis whether or not the removal was right or wrong in line with the provisions of the Constitution!!!!

And therefore, the right or wrong of the impeachment would ground and found competent challenge in Court for either reinstatement or damages where it becomes impossible and impracticable on the passage of time to be reinstated in the circumstances. This legal challenge must commence upon the completion of the process of impeachment, and the nomination and clearance and confirmation of the nominee for the Office of the Deputy Governor, and not otherwise!!!!

Further again, both the Constitution and the Administration of Oaths Act empower the Chief Judge or such other authorized judicial officer mandatorily to perform this solemm Constitutional obligation without let or hindrance in any circumstances therefore! The Order of the Imo State High Court, per Benjamin Iheka J, with the greatest respect and humility and deepest sense of responsibility, was a usurpation of, and violation of and violence against the spirit and letters of the Constitution in relation to the process of impeachment by the House of Assembly and the administration of the Constitutional Oaths by the Chief Judge or such other authorized judicial official!!!

Conclusively, these mandatory Constitutional requirements must be observed in the process of impeachment for such to become effective and potent to wit : (1) Motion on the allegations of gross misconduct against the affected public office holder by the House of Assembly. (2) Resolution of the House, detailing the particulars of the allegations as forming the notice of impeachment. (3) The notification of the affected public office holder vide proper service of the notice of impeachment on him or her. (4) Replies or refusal as defence from the affected public office holder to the allegations of gross misconduct. (5) The transmission to the Chief Judge, of the records and evidence of the proceedings of the House, and the details and particulars of the allegations amounting to gross misconduct, including the evidence of the proper service of the notice of impeachment on the affected public office holder and the reply and/or refusal which constitutes the Defence.(6) The mandatory and obligatory powers of the Chief Judge to constitute and to inaugurate the Constitutional Panel to review the records and evidence as transmitted from the House. (7) The Constitutional Panel must review the records and evidence, and as well make findings and recommendations thereto either in favourable or unfavourable return to the House. (8) The House must in a sitting with the proper quorum and attendance and voting complete the process of impeachment. ( 9) Upon the successful completion of the process of impeachment resulting in removal, the affected public office holder ceases to exercise and enjoy the rights and privileges associated with the Office.(10) And the Executive Governor must make immediate nomination for replacement with automatic return to the House. (11) The House must screen and clear and confirm the nomination for replacement automatically and immediately, and/or make returns to the Executive Governor where the House withholds the confirmation which nomination in the unfavourable circumstances must yet be replaced timeously.(12) And ultimately, the Chief Judge or such other authorized judicial officer must administer the Constitutional Oaths, of Office and of Allegiance!!!

Flowing from these Constitutional requirements in obligations and other obligatory burdens, the Constitution forecloses the creation of vacuum in the business of governance because at all times and in all circumstances, the obligations and other obligatory burdens of the Office of the Deputy Governor must be executed and exercised and performed by the holder of the Office. And again, the Constitution forecloses every inquiry in interference or encroachment or intervention or encumbrance in the process of impeachment either on the House or the Chief Judge ( constitution of the Panel and the administration of the Oaths) or on the Executive Governor or the newest beneficiary as the Deputy Governor whatsoever until the completion of the process of impeachment!!!!

And for repetition therefore, since the Constitutional requirements were judiciously followed in the impeachment of the former Deputy Governor of Imo State, Prince Eze Madumere Mfr , the nomination of the new Deputy Governor remains potent and effective though the current holder of the Office cannot perform the functions and obligations and other obligatory burdens of the Office until the Constitutional Oaths are administered on him. In the meantime, the Deputy Governor of Imo State remains and is Mr. Callistus Ekenze!!!!

And very regrettably, the Constitutional Oaths were barred from been administered on the Deputy Governor on the interim Order of a Court of record. The challenge currently is on the validity of the interference and intervention and encumbrance by the Court given the intendment, the letters and spirit of the Constitution, supra against such judicial encroachment on the process of impeachment. And it is hoped and expected that the Order restraining the Chief Judge from administering the Constitutional Oaths on the Deputy Governor would be vacated by the Judge suo motu or upon fresh application before the same Judge or Court and/or upon appeal at the Court of Appeal in order to foreclose further disastrous Constitutional crisis and inbroglio and impasse in the business of governance and administration in the Imo State of Nigeria!!!!

And let CONSTITUTIONALITY and JUSTICE be done not only, but manifestly and judiciously and judicially done in the circumstances therefore!!!

Why There Will Be Restriction Of Movement In Imo On August...

innonews - August 24, 2018 0
The Imo State Government on Friday announced that there will be restriction of movement on Saturday, August 25, 2018 for the conduct of Local...