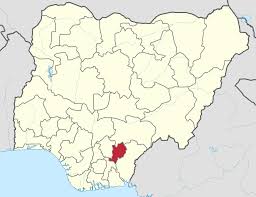 Ebonyi State government has announced plans to recruit over one thousand four hundred tutorial and non tutorial staff to fill vacant positions in the Primary and Secondary Education sectors in Ebonyi State.

The Senior Special Adviser to Governor David Umahi on Religious and Welfare Matters, Father Abraham Nwali disclosed this while briefing newsmen on the outcome of the State Executive Council Meeting at Government House Abakaliki.

Fr Nwali who is also the Chairman of the State Verification committee on vacant positions in the state UBEB explained that the vacant positions emanated from retired, resigned and deceased staff of the Boards.

He further disclosed that the Committee discovered 571 vacant positions in UBEB and 957 in SEB, all as a result of retirements, resignations and death at the end of the first phase of their work, which report was presented to Council during the meeting.

In  a related development, the Secretary to   Ebonyi state government Dr Hyginus Nwokwu said the State Executive Council has  sacked the  Special Assistant to Gov Umahi on Primary Health (Ebonyi Central Zone), Stephanie Ugo-Chima, for absconding from duty for over a month.

According to him, Mrs Ugo-Chima absconded from her duties and responsibilities as an aide to the governor within the period which necessitated the relieving of her duty.

He said: “The insinuation that her sack was political is unfounded because all appointment or sack of public officers is political.

The SSG also clarified the issue of the Commissioner for Culture and Tourism in the state, Elizabeth Ogbaga, who had also not been seen in her official duties and public functions for long.

“Ogbaga as far as the office of the SSG is concerned, is on leave,” he said

innonews - March 1, 2021 0
Leader of the Movement For the Sovereign State Of Biafra, MASSOB, Ralph Uwazuruike, has advised South East Governors to take over Eastern...