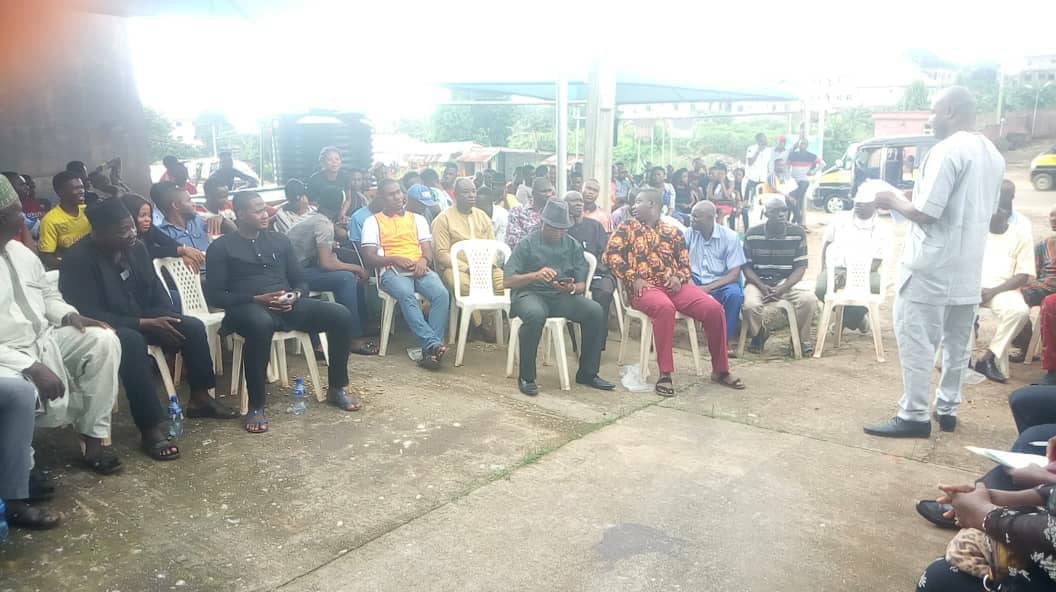 Leaders and followers of Gbujie Youth Movement, GYM, Imo State in conjunction with Igbo Youth Assembly, have berated the Dan Nwafor led Imo APC for adopting Indirect Primaries for the party, calling on the national leadership of APC chaired by Adams Aliyu Oshiomole to swiftly intervene to save APC from sinking in Imo over Indirect Primaries wrongly adopted by some APC members in Imo.

They expressed regrett that such a move by Dan Nwafor led Imo APC may make the party unpopular in Imo.

The Gbujie Youth Movement emphasized that the demand by  Imo APC faithful for Direct Primaries as officially adopted by the NEC of APC should stand, warning that anything short of that may mar the APC in Imo.

They maintained that it is only through Direct Primaries in  Imo APC that would produce popular and credible candidates such  as Air Commodore Peter Gbujie who has sound track records and antecedents, a man with the spirit and vision.

The group stated “Hence we call on the national leadership of the party to stop the purported Indirect Primaries so that the party will not be destroyed in Imo” .

Air Commodore Peter Gbujie is a foremost contender of Imo governorship seat in 2019 under the  APC. He hails from Ahiazu Mbaise local government area of Imo State and has empowered many youth via employment and entrepreneurship having meritoriously served the country.

The Movement while speaking in Owerri, recently through Hon Okere Kelechi, Comr Casmir Nnadozie Irekamba and Mazi Bernard Ifeanyi Egwim Nwadunna, expressed disappointment that the conducted local government council election on the 25th August, 2018 by the same wrong party heads where no single Imolite either came out to vote and other parties did not participate shows a bad omen.

The Youth group stated  “The bad omen is bringing bad image and making APC unpopular, we are asking the APC NEC to call the Nwafor led Imo APC to order by adopting Direct Primaries”

The Youth group said they  aptly believe that Gbujie will make a good governor when voted into power in 2019.

“We are very confident that Gbujie will win the APC primaries giving his popularity and his wide support by teeming party members, and with him as APC guber candidate Buhari will win in Imo” the group said.

innonews - May 30, 2019 0
Immediate past Governor of Imo State, Owelle Rochas Okorocha has reacted to reports that he was arrested alongside his wife, Nneoma...

Exonerate Buhari From The Hardship In Imo State- Araraume

innonews - December 27, 2017 0
BY DAN OPARA# Serial governorship aspirant in Imo State and a chieftain of the All Progressive Congress, APC  Senator Ifeanyi Araraume has called on the people...