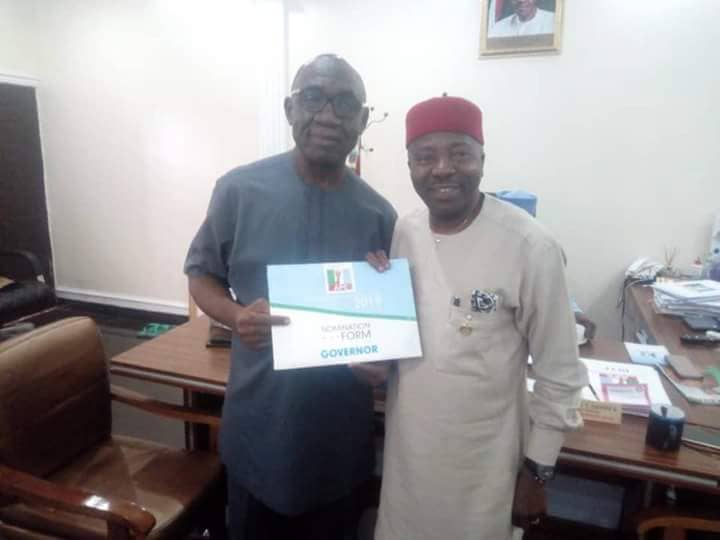 A former Secretary to the Government of Imo State, Sir Jude Ejiogu has purchased the All Progressive Congress, APC Nomination and Expression of Interest form for governorship.

This has increased the number of official governorship aspirants in Imo APC seeking the party’s governorship ticket to three.

Ejiogu secured the forms at the APC National Secretariat for a huge fee of N22.5 million Naria.

Governor Rochas Okorocha’s son in law and Chief of Staff, Uche Nwosu had purchased the forms yesterday at the APC National secretariat in Abuja.

A video had also surfaced online showing a close political ally of  Senator Hope Uzodinma, Barr.C.O.C Akaolisa presenting an APC Expression of Interest and Nomination forms for governorship to the Senator.

Ejiogu is from Owerri zone and is a staunch member of the Imo APC Coalition, a group of politicians struggling for the soul of the APC in Imo State.

innonews - June 11, 2017 0
Super Eagles coach, Gernot Rohr has said his team were overpowered by the experience of the South Africans in the second half of the...

innonews - June 23, 2017 0
President Muhammadu Buhari will soon return to Nigeria. This was disclosed by Minister of Sports, Solomon Dalung in short statement he posted on his facebook...