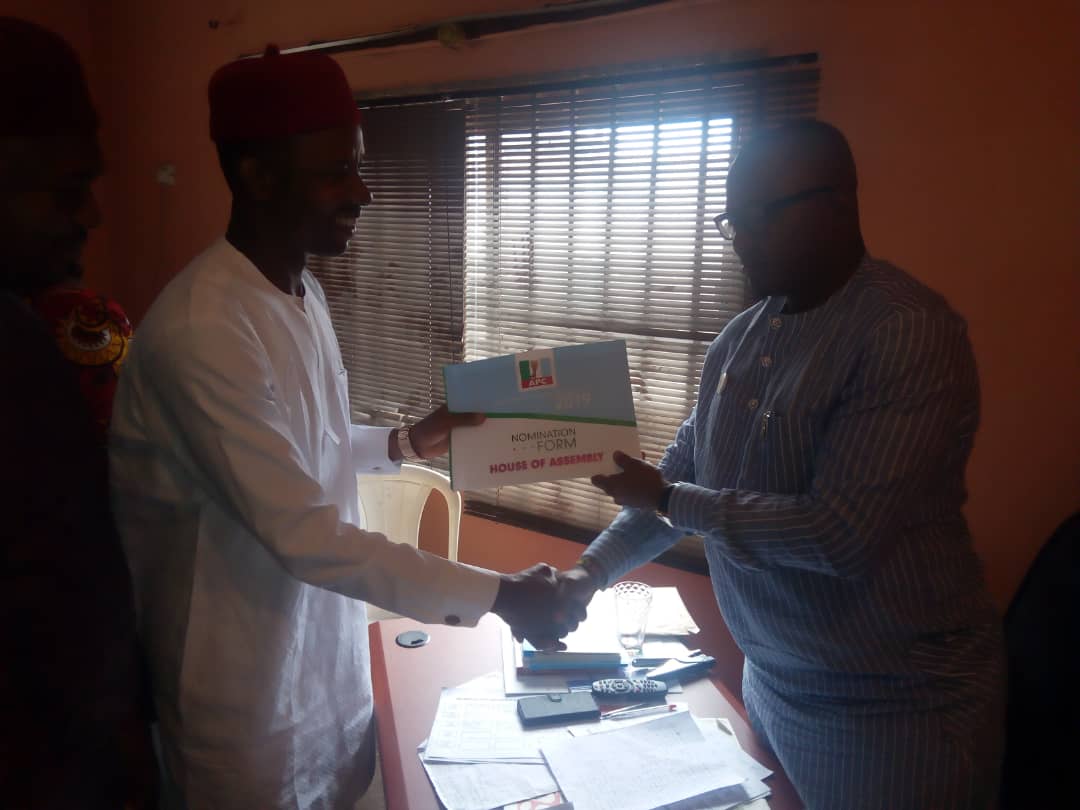 In furtherance of his intention to seek a second term as member representing Owerri municipal state constituency, Majority Leader of the Imo State House of Assembly,Hon. Lugard Osuji has secured the APC Nomination and Expression of Interest forms.

Osuji was last week adopted by Governor Rochas Okorocha as sole candidate of the APC for Owerri municipal Assembly seat.

He picked the forms at the APC Imo State Secretariat in Owerri.

In his declaration speech a fortnight ago while addressing party chieftains on his intention to return to the House, the lawmaker said the municipality stands to benefit more from his second coming having initiated more than thirty seven bills and several motions compared to seven bills collectively initiated by four past lawmakers who had represented the municipality.

At the parley Osuji outlined some of his numerous achievements which include women empowerment programmes, compensation to flood victims in the municipality, loans to the less privileged and more importantly the creation of autonomous communities and seven administrative areas in the municipality.

He said the creation of administrative areas aided in ending the dichotomy between indigenes and non indigenes in the municipality, stating that it also ended mutual suspicions among them.

“I carried out landmark achievements in my first tenure in the House. There are many of them. Most prominent include motion Against Hate Speech at Conference of Houses of Assemblies. I also moved a motion against grazing in the South East. All this I did within my first tenure. I was the only lawmaker who came down as Majority Leader of the House and also re- appointed in the same position. I have the endorsement but I m relying on your support to succeed.

“Owerri municipal needs to consolidate on these gains. Most of the time we use the first four years to learn the ropes involved legislative skills. No matter the height you have attained in the society, the legislature is a different ball game. You must learn the rudiments of law making within the first four years. We must say no to single tenure. We must consolidate on gains recorded so far and forge ahead.

innonews - February 15, 2018 0
Dr. Chigozie Ekenze, a graduating student at the 2016 combined convocation ceremony of the Imo State university has been rewarded for his academic exploits. Ekenze’s...

Ihedioha: Another Round Of Protests In Owerri,Abuja Over Supreme Court Judgement