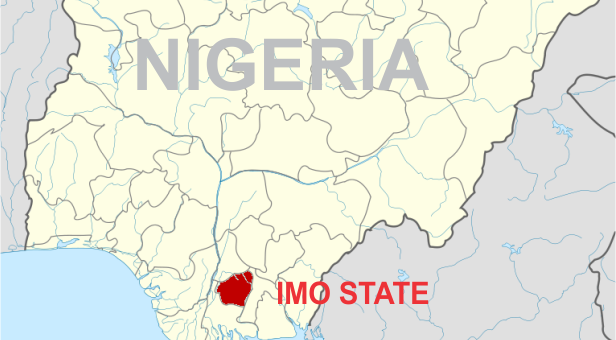 It is my profound philosophy that the will of providence is deep. It’s the bucket we bring to it that is small. In the words of St. Alphonsus Linguori, “We may rest assured that nothing whatever happens on earth without God’s permission. What a source of consolation to know that even the sufferings and adversities which God sends us are for our very best, and have in view of our eternal salvation”. The Bible says, “All things work together for good to those who love God…” The holy books of the world; the Bible, Quran, Bhagavad Gita, etc are replete with God having full knowledge of why things happen to us

The truth according to Alfred Adler “Is often a terrible weapon of aggression. It is possible to lie, and even to murder, with the truth”. The truth which must be said which has become a lie is that nobody will win the 2019 guber election. By this I do not mean that the seat of the State Chief Executive of Imo shall be vacant. It is not true; someone must win the Imo governorship election. But it is for tomorrow, already today’s political scheming is peeving ways for tomorrow and we know the aphorism in Igbo cosmology- echi di emme- meaning tomorrow is pregnant. If you do not think about the future, you cannot have one. In the words of Helen Steiner Rice, “Deal only with the present, never step into tomorrow, for the future is not ours to know, and it may never be. So let us live and give our best, and give it lavishly. For to meet tomorrow troubles before they are even ours, is to anticipate the saviour…asking nothing of tomorrow expect ‘thy will be done’…”

I have not written this article to give credit to anybody except God the almighty, who is the author of providence. Now, by following the principles of objectivity in what has happened in Imo state, one can only infer further ‘thy will be done oh God!’ In 2007, nobody knew that Chief Ohakim was to become the Imo State Chief Executive as his name never rang any political bell among top contenders; but by providence he became the choice of God. In 2011providence provided Chief Rochas Okorocha who when he obtained the Expression of intent form in 2011 in APGA, he never knew that destiny was knocking on his door to bring him and his generation out of poverty. So he did that on the basis of hope which in the words of William Shakespeare, “The miserable have no other medicine but only hope”. But chief Okorocha in 2011 as a politician was aware of the fact that whatever enlarges hope will also exalt courage hence he had the courage to deal with both Ohakim and Obasanjo’s convoy. In the words of Samuel Johnson, “we love to expect, and when expectation is either disappointed or gratified we want to be again expecting”. When his expectation and courage brought him victory in 2011 governorship election, the man Rochas became a reference point in Nigerian politics and made his debut as the eight and ninth wonders of the world. St Augustine enthuses, “The people who remained victorious were less like conquerors than conquered”. Winston Churchill while responding to the question of what his aim was enthused, “I can answer in two words: it is victory, victory at all costs, victory in spite of all terror, victory, however long and hard the road may be; for without victory, there is no survival.”

The above assertions made Gov. Rochas to gain victory again in 2015. After the victory in 2015, unknowingly to Gov. Rochas his victory was pre-cancerous and attracted more political enemies who thereafter went into the ring for serious political pugilism as Gov. Rochas reneged in keeping to his promise to Senator Araraume. Some of his political pugilists were later bought over and today they became part of the APC coalition. I did pray for Gov. Rochas defeat in 2015 because I was also in the political race and expected the answers to my prayers; alas I was disappointed hence providence prevailed. Wait a minute! Do you know that when Chief Okorocha came out to run for Imo guber in 2011, many people (including Ohakim) thought that he was not going to succeed? His political enemies thought he was faffing about with his life unknowingly to them, Chief Okorocha was crossing the bridge of his political destiny and poverty which according to William Jennings Bryan, “Destiny is not a matter of chance, it is a matter of choice; it is not a thing to be waited for, it is a thing to be achieved”. The great philosopher Homer infers “No man of woman born, coward or brave, can shun his destiny.”

A prudent person profits from personal experience, a wise one from the experience of others. St Augustine subscribes to the above thus, “Prudence is the knowledge of what is to be sought and avoided.” Prudence exercises a certain degree of caution, but it does not prevent one from acting spontaneously or from taking risks. Today, many aspirants have obtained expression of intent form from their various political parties; they are all taking risk which many of us in deep equanimity cannot take. Does anyone of them know his or her destiny?

The differences in ambition and political desire shall not prevent the man with the mantle of providence to emerge. In the words of Mahatma Gandhi, “Even differences prove helpful, where there are tolerance, charity and truth”. J. F Kennedy concludes, “…if we cannot end now our differences, at least we can help, make the world safe for diversity”. From 2007 to 2011, Ohakim was said not to be going anywhere, yet he made it by the will of providence. In 2015 many thought that Gov Rochas was not going to win but providence gave it to him.

Now in 2019, who knows where the mantle of providence shall swing to? Is it Owerri zone or Okigwe zone? Is there any hope for Orlu zone? It is not in the hands of any godfather to provide the answers to these questions but providence shall surely do in no distant time.

Today in Imo, Gov. Rochas is said to be fronting his son in law for 2019 Imo governorship seat. This is Gov, Rochas constitutional right but on the platform of morality it becomes an aberration. Like Shakespeare would ask, “Can one desire too much of a good thing?” On the stage of morality, I will infer that someone can desire too much of a good thing; this is when the person gets the lion share of what equity has evenly distributed to everyone. The Biblical answer in Proverb 13:19 that “Desire accomplished is sweet to the soul.” Though any evil and morally unbalanced desire that is accomplished becomes a curse to the accomplisher; as a result man must watch his actions.

In the words of Cicero, “Courage is that virtue which champions the cause of right” while Ralph Waldo Emerson says, “Courage consists in equality to the problem before us”. For Pierre Corneille, “Every man of courage is a man of his word”. Now in the course of 2019 political battle, our various aspirants are displaying a high level of courage but they should know that providence must speak in the favour of someone. In the words of Martin Luther king jr. “The ultimate measure of a man is not where he stands in moments of comfort and convenience, but where he stands at times of challenges and controversy”. Each of our various aspirants should remember the words of Jawaharlal Nehru thus, “Those who are prepared to die for any cause are seldom defeated”.

In the words of Aristotle, “Dignity consists not in possessing honors, but in the consciousness that we deserve them”. Do you truly deserve that which you seek? Now that another round of the Imo governorship election is around the corner, I have heard the same slogan “victory is for us…” It is very obvious that the same gladiators will be meeting themselves again. What will be our fate should the wrong person becomes the governor of Imo state? I am asking a serious question which only one with the spirit of God can answer. A wise man can see more from the bottom of a well than a fool can see from a mountain top. Ndi Imo I am sure that it is not the load that brings us down, it’s the way we carry it. Imo people are advised through this medium to live their lives in two ways; one as if though nothing is a miracle, the other way is as though everything is a miracle.

In the words of Wole Soyinka, “You can cow people with guns but you cannot cow their will. You cannot obliterate their knowledge, memory and their consciousness of what is right and what is just”. My interest is that God’s will be done. Let us not confuse anybody and like Shakespeare “The very substance of the ambitious is merely the shadow of a dream”. Providence shall soon speak in favour of someone and may we bear whatever we reap.

2019: Okigwe Youths Hail Not Too Young To Run Law

innonews - June 10, 2018 0
Youths of Okigwe zone have met in Owerri with a renewed desire to bring back the lost glory of the area just as they...