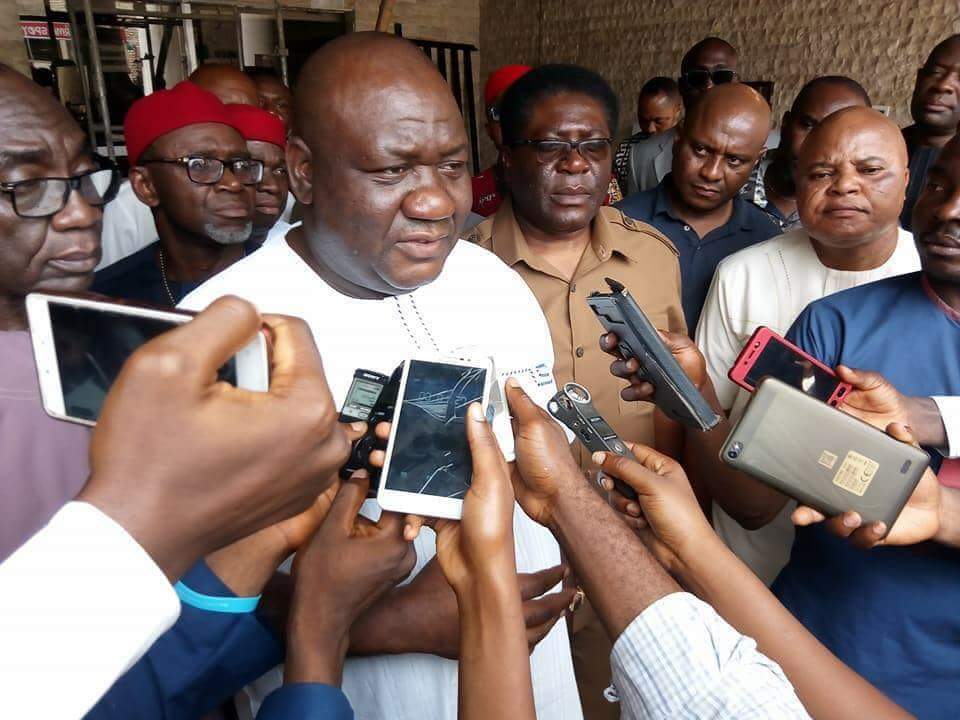 Confirming our earlier story that a split has reared its ugly head in the Imo APC Coalition when one of the arrow heads of the Coalition, Senator Ifeanyi Araraume decided to join the All Progressive Grand Alliance, APGA, indications are now clear that the divergent interests of stakeholders in the Coalition has led to an eventual split in the group, a case of to thy tenth oh Isreal.

Those who refused to join APGA and remain in the APC include embattled Deputy Governor of Imo State, Prince Eze Madumere, Senator Benjamin Uwajumuogu, Sir Jude Ejiogu, a former Commissioner, Sir TOE Ekechi and many others.

Madumere is reported to have secured the APC Expression of Interest and Nomination Forms for the governorship.

A former Secretary to the Government of Imo State, Sir Jude Ejiogu had also bought his forms alongside Senator Hope Uzodinma whose forms were presented to him by a close associate, Barrister C.O.C Akaolisa.

Some of the Coalition members had gathered at the old PDP office along Okigwe Road on Sunday  to discuss the way forward for the party as primaries fast approach.

It was gathered that the issue of Direct Primaries in line with the resolution of the APC National Working Committee was discussed which is contrary to the stand of the Daniel Nwafor led State Executives of the party which had opted to hold Indirect Primaries.

innonews - May 27, 2021 0
Governor Hope Uzodimma may unveil new Commissioners, after concluding his consultations with stakeholders in the 27 local government areas.

innonews - September 15, 2017 0
The Nigerian military has made it clear that IPOB leader, Mazi Nnamdi Kanu and its members ar terrorists. DAILY POST credited a statement to Major...

innonews - September 26, 2018 0
The Federal Government on Wednesday said the Tripartite Committee on the new National Minimum Wage will reconvene on October 4, to conclude its negotiation...

More Reactions Trail Outbreak Of Flood In Owerri After Downpour

innonews - April 10, 2018 0
Angry Imolites have continued to express their anger and displeasure over a heavy downpour that led to flood in some parts of Owerri, Imo...