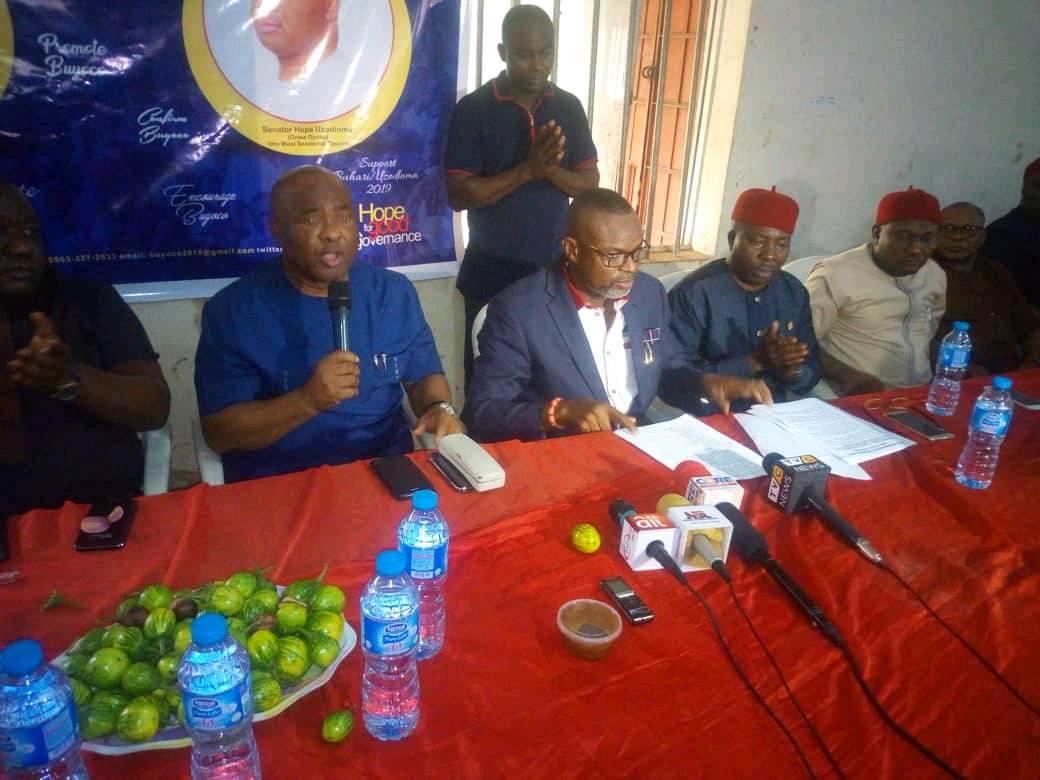 The mode of primaries in Imo State chapter of the All Progressive Congress is still raging as a splinter group and remnants of Imo APC coalition have resolved to hold Direct Primaries to elect party candidates.

This differs from the position of the State Working Committee led by Daniel Nwafor which had insisted that Indirect Primaries will be used for the election of party flagbearers.

At a meeting with party stakeholders last week, Nwafor said the Direct Primaries will be used and such has been communicated to the National Working Committee of the party.

However, some stakeholders who are opposed  to Indirect Primaries are insisting that Direct Primaries as directed by the National Working Committee, NWC of the party be used to hold the primaries.

But the State chapter of the party in  a statement by the Publicity Secretary, FCC Onwusoanya Jones cautioned party members to wary of those bent on causing trouble in the party.

“The Imo State chapter of the All Progressives Congress is advised that a group of politicians who failed in their attempts to cause trouble within the Party, therefore, relocating with their bag of troubles to the All Progressives Grand Alliance have concluded plans to contaminate the political environment with lies that the APC is barred by the court from fielding candidates for the 2019 general elections” part of the statement read

innonews - March 23, 2020 0
BY IKENNA ORIOHA There is no outbreak of coronavirus pandemic in Imo State. This...

innonews - March 12, 2021 0
Eze Samuel Ohiri, the ousted Chairman of Imo State Council of Traditional Rulers, was among prominent traditional rulers in the country, such...

innonews - June 12, 2017 0
Pope Francis has issued a stern warning to some Nigerian priests over the refusal of Ahiara Diocese in Imo State, South East Nigeria, to...