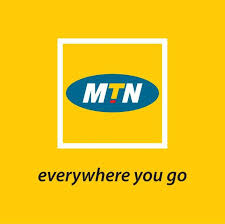 The Nigerian Government has told telcom giants, MTN to pay taxes of $2bn (N700bn), six days after the Central Bank of Nigeria ordered it to repatriate $8.13 billion ‘illegally taken out of the country’.

The telecom company said in a brief statement that the Attorney General’s office gave “notice of an intention to recover the $2 billion from MTN Nigeria.”

Reports however quoted MTN’s spokesperson, Funsho Aina denying any wrongdoing, saying that the company has fully paid all its taxes and was not owing the country any dime in tax.

“Based on the detailed review performed, MTN Nigeria believes it has fully settled all amounts owing under the taxes in question,” Aina said in the statement.

The NCC’s Executive Vice Chairman Prof Umar Garuba Danbatta, while addressing newsmen on Tuesday, said, “I am happy to inform you that our agreement with MTN on how and when to pay the fine has been adhered to. Just last month, March, we received a cheque of N55bn from MTN as part of the fine payment plan.

This brings the total fine paid by MTN Nigeria to N165bn, that is, more than half of the fine has been paid so far.

“We call it amicable settlement agreement on which basis they will be paying N330bn over a period of three years.’’

He said by the terms of the agreement, the money would be made in six tranches over the three year period.

innonews - September 21, 2017 0
Owerri, Imo State capital has been submerged in flood Thursday morning following several hours of heavy rainfall. The rain which began at about 5.30am was...

innonews - October 28, 2020 0
Senator Ifeanyi Araraume had challenged the declaration of Frank Ibezim as authentic candidate of the All Progressive Congress for Okigwe senatorial election