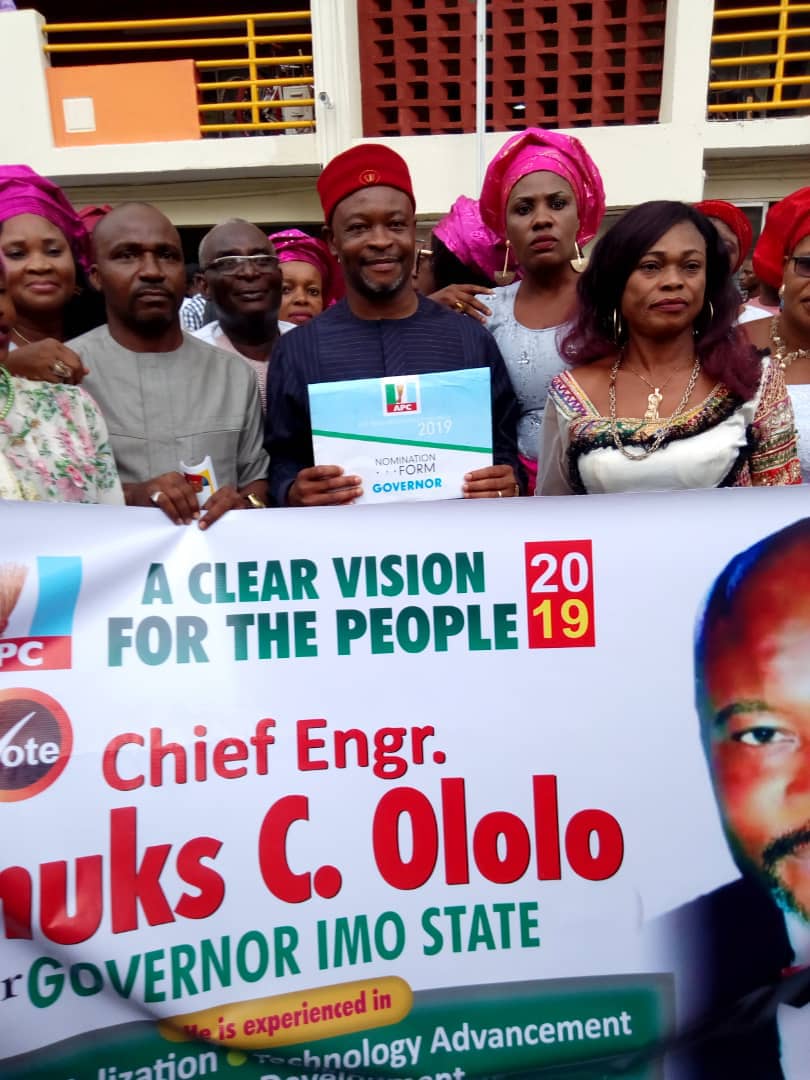 More drama is playing out in Imo APC as Governor Rochas Okorocha’s in law, Engr.Chuks Ololo has picked the APC Nomination and Expression of Interest form to vie for the governorship ticket of the party.

Ololo is hubby to Okorocha’s sister, Ogechi who is Commissioner for Happiness and Couples Fulfilment.

Ololo’s resolve to proceed with his ambition came barely few hours Governor Okorocha had disowned the reported governorship bid of Secretary to the Government of Imo State, George Eche

The Governor has consistently drummed his support for his Chief of Staff and son in law, Uche Nwosu for the party’s ticket and to be his successor.

Ololo runs the Omenenji group, an organisation involved in philanthropic activities which has metamorphsed into a formidable political group aimed at propelling his ambition.

innonews - June 24, 2020 0
Following the recognition accorded to Victor Giadom, as National Chairman of the All Progressive Congress, APC, by President Muhammadu Buhari,  a...

innonews - July 22, 2017 0
The lingering crisis tearing the All Progressive Congress, APC apart in Enugu State has attracted the attention of some key stakeholders in the party. The...

innonews - August 31, 2019 0
The end to ongoing rumbling in Imo State Council of Traditional Rulers is not in sight. Barely few days...