Home Sport Ronaldo: My Big Shoes Too Big For My Son To Fill 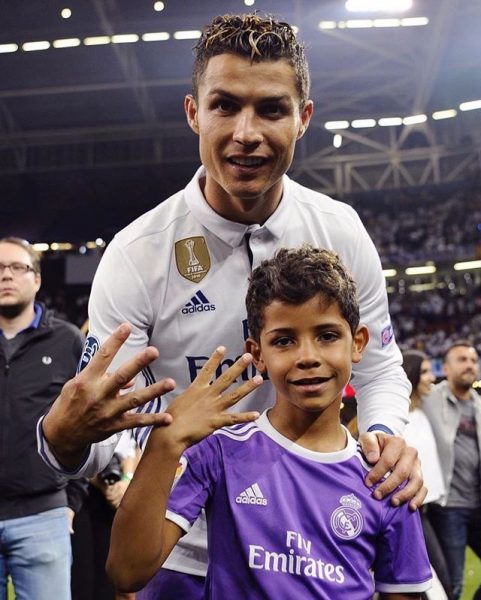 World Best Player, Cristiano Ronaldo believes the shoes he’s left for his son to fill is a really big one and it will be difficult for him to do so.

Both father and son are currently on the books of Juventus with Junior linking up with the academy.

Ronaldo Jr has shown impressive skills at the famous Italian club but his father thinks it will take a lot for him to live up to his record.

Speaking to Bein Sports, the Portuguese superstar said:
I hope that Cristiano can be like his father.

He says he will be better than I, but I think it will be difficult.

innonews - June 24, 2020 0
Following the recognition accorded to Victor Giadom, as National Chairman of the All Progressive Congress, APC, by President Muhammadu Buhari,  a...

innonews - May 26, 2019 0
BY: ALEX NWANKWO Finally, Actress Regina Daniels has been traditionally inducted into the Otu-Udu Group as the customary ritual...

At Last, Uzodinma’s SAs, SSAs Get Letters Of Appointment?

innonews - May 12, 2020 0
BY NEBURG OKERE Aides of Governor Hope Uzodinma, who were appointed Special Advisers, SAs and Senior Special Assistants,...