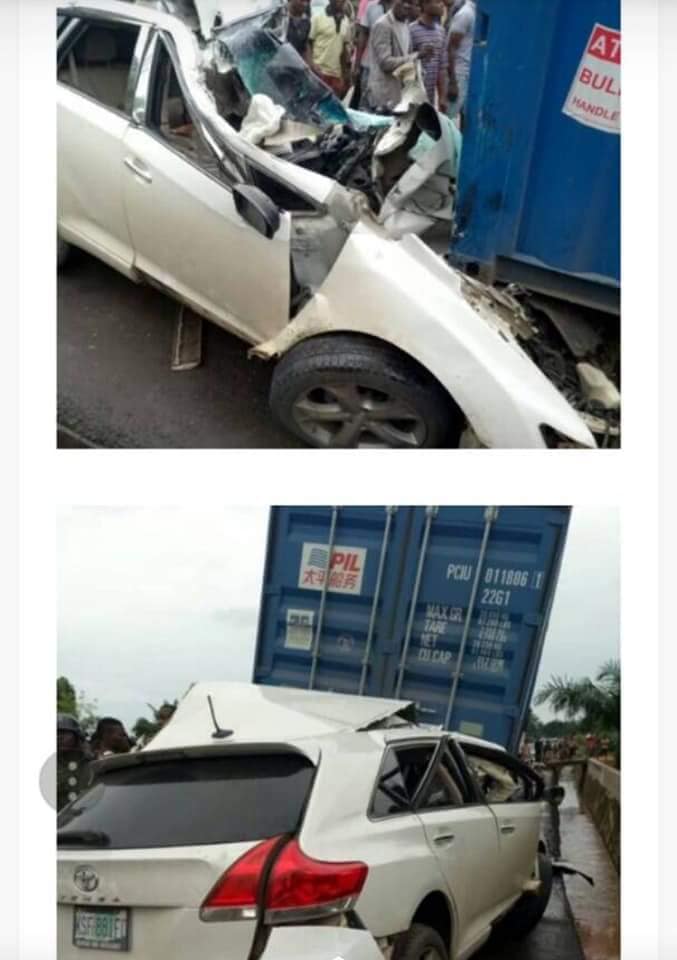 The statement reads “The accident occurred when the driver of the Toyota venza while on speed lost control and ran into a stationary trailer with registration number XF 383 AWK from the rear.

“As a result,both the driver and and his passenger one Uwakwe Jenifer female aged 24 years and student of Federal University of Technology,Owerri in Imo State sustained serious injuries.

“Police patrol team attached to Ozubulu Division visited the scene and rushed the casualties to Oraifite general hospital where they were certified dead on arrival.

“Meanwhile, corpses have been deposited at the hospital morgue for autopsy and case is under investigation to ascertain actual cause of the accident.

The Police Commissioner enjoined members of the public especially road users to refrain from reckless driving and drive with caution during the period of ember months.

innonews - July 1, 2017 0
Leader of the Indigenous People of Biafra (IPOB), Mazi Nnamdi Kanu returned to Umume, Umueri in Anambra State where Biafrans say is the origin...