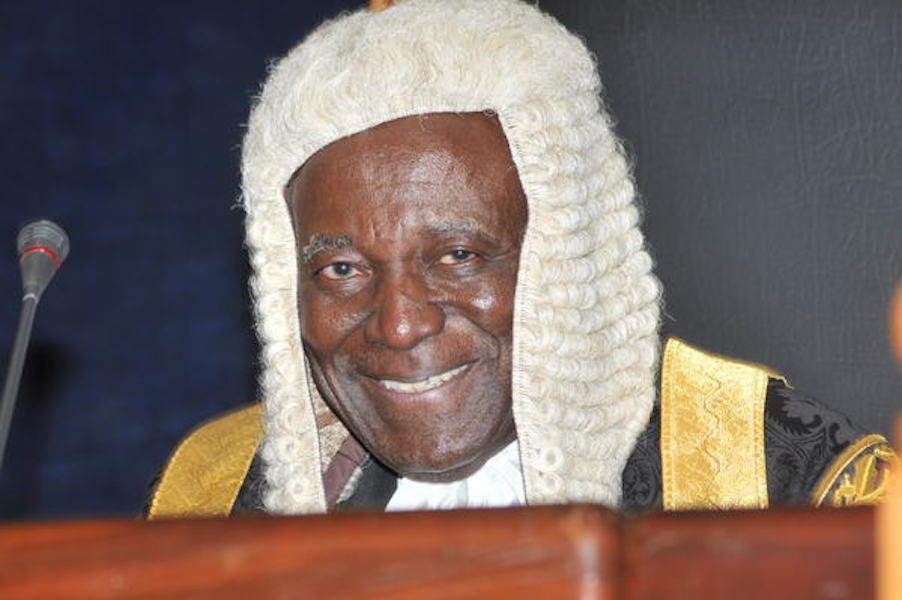 News Agency of Nigeria, NAN, quoted the Niger State Commissioner for Information, Danjuma Sallau, as saying that Kutigi died in a London Hospital.

Kutigi was the Chief Justice of Nigeria between 2007 and 2009 and after retirement, he was made the chairman of the Constitutional Conference set up by the then Jonathan administration in 2014.

He was born on 31 December 1939 in Kutigi, Lavun local government of Niger State.

He also graduated from Ahmadu Bello University, Zaria, after which he left for England, where he studied at the School of Oriental and African Studies, University of London and Gibson and Weldon, before returning to attend the Nigerian Law School in Lagos.

Justice Kutigi served as the Attorney General and Commissioner for Justice in Niger State until 1976, when he was appointed high court judge.

He was on the bench in Niger for more than 10 years before his appointment as a judge of the Supreme Court in 1992.

He became the chief justice in 2007, succeeding Justice Alfa Belgore.

He retired on 30 December 2009 and did the unusual by swearing in his successor, Justice Aloysius Iyorgyer Katsina-Alu, who died in July. He did so because President Umaru Yar’Adua was not in the country at the time, due to ill-health.

2019: Five Political Parties That Can Win Elections In Imo State...

innonews - September 9, 2018 0
As the 2019 elections draws near,CHIEDU UZODINMA AND RALPH EJIMKONYE in  this report x rays the capacity of five political parties to win elections...

innonews - October 21, 2019 0
BY NED UCHENDU, STAFF WRITER A Nigerian President of Igbo extraction after the tenure of President Muhammadu Buhari...

innonews - March 18, 2020 0
The Nigerian government has imposed travel ban on thirteen countries over the Coronavirus outbreak. The announcement was made by...