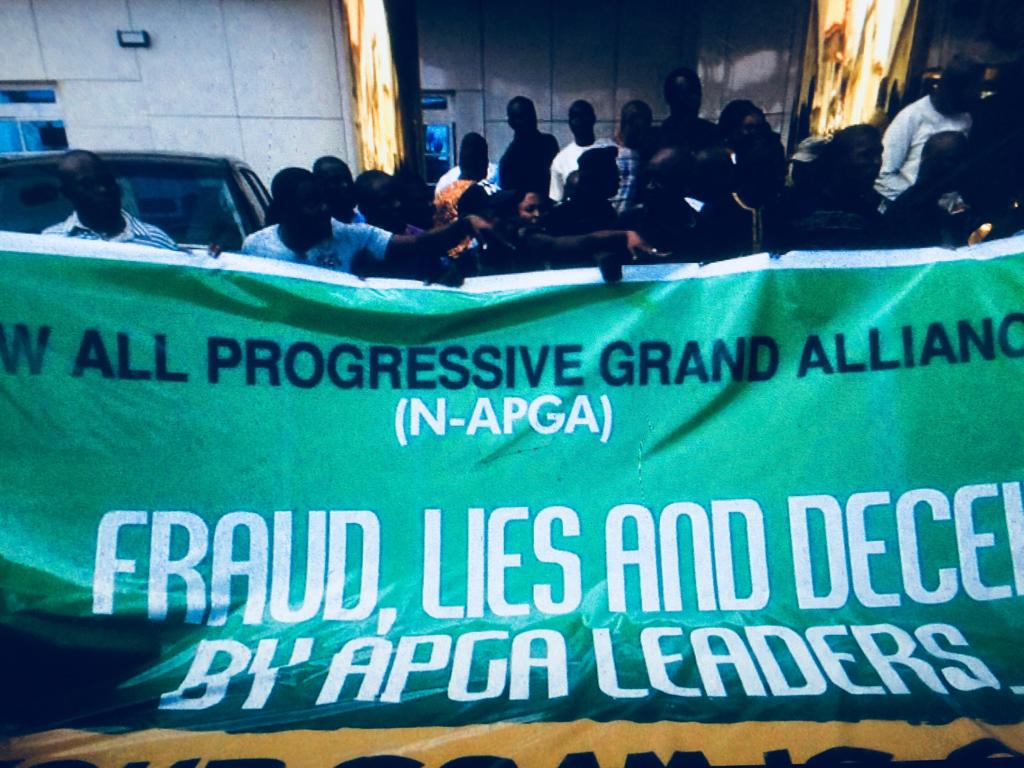 BY: RALPH EJIMKONYE*
Governorship aspirants that constitute the “New APGA” in Imo State may be heading into a dilemma over modalities on how to produce a consensus candidate.

More than 13 governorship aspirants of the All Progressive Grand Alliance, APGA in the State had dumped the party accusing the national and State leadership of fraud.

They insisted that there was no governorship primary and the exercise that produced Senator Ifeanyi Araraume as the party’s candidate was a “kangaroo arrangement”.

The aspirants had last week pulled out of APGA and formed what they described as “New APGA” where they will further their governorship ambitions.

While this newspaper learnt that the proponents of the “New APGA” may collapse into a political party since it is time bad to elect a candidate through primaries, modalities for selecting a consensus candidate and beat INEC deadline for submission and substitution of names of candidates remains a thorny issue among those pushing the idea.

Multiple sources confirmed to this newspaper that already some of the aspirants are exploring personal political options thus strengthening arguments that it will be difficult for all the 13 governorship aspirants to be on a page.

Former Governor of Imo State, Ikedi Ohakim was reported to be making moves to join Accord Party, but a source in his camp told this newspaper that such option may have crumbled as the Ex Governor may be working on other “viable political options” to re launch himself on the political stage ahead of the elections.

Another aspirant, Chief Okey Ezeh had summoned an emergency meeting of staunch APGA members including local government and ward officials loyal to him in the party where he is expected to announce his next political destination.

Ezeh is said to have considerable grip on APGA and could have won the governorship primary of APGA if the exercise was held and was not hijacked. Sources said he may be heading to the Social Democratic Party, SDP.

Hon Charles Onyeagbako who was also one of the governorship aspirants had announced his withdrawal from the New APGA ostensibly to pitch tenth with Senator Ifeanyi Araraume.

innonews - June 5, 2021 0
A humanitarian organization, Gift Heath Plus Foundation, has given medical items to inmates at the Owerri Correctional Center...

innonews - July 23, 2017 0
Manchester City has said it has signed Brazilian defender, Danilo from Spanish and European Champions,Real Madrid Danilo agreed to a 5 years contract with City...

innonews - July 11, 2019 0
By DESTINY Isinwa In a bid to achieve effective representation and end untold hardship among the people of Ohaji/Egbema...