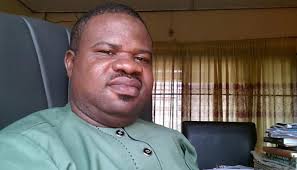 The Nigeria Union of Journalists, NUJ have elected a new President.

He is Mr. Christopher Isiguzo of Thisday newspapers.

Reports from Abeoukuta, Ogun State venue of the NUJ election and the Union’s Triennial Delegates Conference, indicate that over 800 delegates took part in the election.

Isiguzo polled 346 votes to beat his closest challenger and the incumbent President, Waheed Odusile who got 329 votes.

The result was announced by the Returning Officer, Benson Upah.
Dele Atunbi of the Nigeria Television Authority, NTA came third with 101 votes.

innonews - July 24, 2019 0
Member Representing Okigwe South in the House of Representatives, Hon.Emeka Nwajiuba, was a surprise inclusion in the 42 man ministerial list released...

innonews - September 11, 2018 0
The delegates Congress of the Peoples Democratic Party, PDP may have thrown up different claims from the two major camps in the party just...