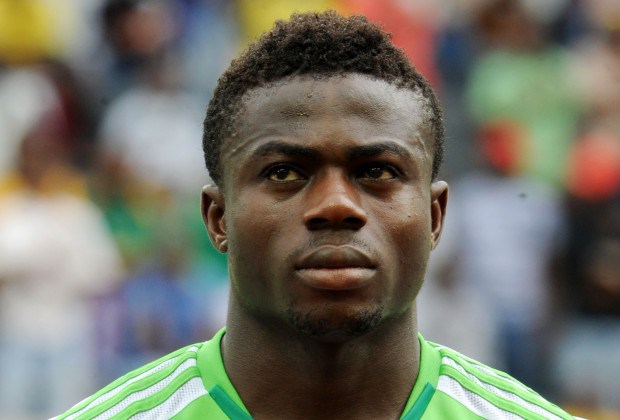 Super Eagles and Levante winger, Moses Simon has  assured that Nigeria will put in their best in the game against Libya to strengthen their bid for a place in Cameroon.

Nigeria will take on Libya on Saturday in Uyo, Akwa Ibom State before traveling to Tunisia for the return leg slated for Tuesday, October 16, 2018.

The Eagles are third in the group with three points after losing their opening game to South Africa before clinching a comfortable 3-0 victory away at Seychelles.

Moses, who made a return to Rohr’s squad after missing out in the 2018 World Cup in Russia due to injury, has called on fans for support while promising that the team will put in their best in the encounters.

“We all want to be part of next year’s Africa cup of nations,” Simon told NFF media.

“We will take our chances in both games and give out best.

“We urge our fans to fill the Stadium with green and white and fill up the stadium on match day.

Nigeria Decides: How Rain Disrupted Counting Of Votes In Imo

innonews - February 24, 2019 0
Counting of votes in some polling units was disrupted abruptly in Owerri, Imo State by a heavy downpour during Saturday’s presidential and...