Home LEAD STORIES Nigerian Sworn In As Judge In US 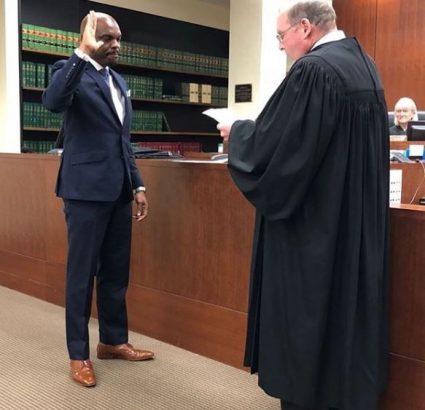 A Nigerian, Edirin O. Okoloko has been sworn in,as a judge of the Snohomish County Superior Court in Washington State, US.

Okoloko bagged his Bachelor of Law from the University of Benin in Nigeria.

PDP: Imo Assembly Members Who Defected To APC Have Lost Their...

innonews - January 29, 2020 0
BY RALPH EJIMKONYE, ABUJA The national leadership of the Peoples Democratic Party, PDP has reacted to the...

APC Opens Up On Appointing Principal Officers For Senate

innonews - July 1, 2019 0
BY: RALPH EJIMKONYE, ABUJA Following news that went viral on social media that some persons have been appointed as...