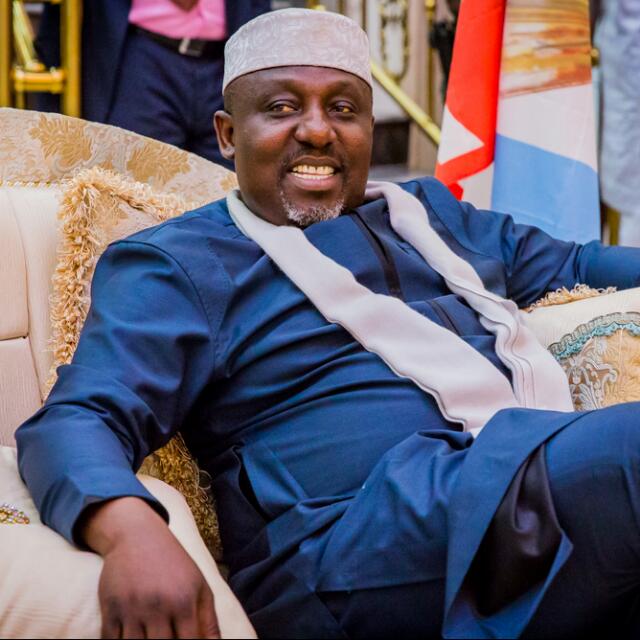 Governor Rochas Okorocha has said the Direct Primary of the Al Progressive Congress, APC has exposed politicians who exist on social media and live in Abuja.

In a statement by his Chief Press Secretary, Sam Onwuemedo, while congratulating Uche Nwosu on his emergence as Imo APC governorship candidate, the Governor also commended the Adams Oshimole led National Working Committee, NWC led by Comrade Adams Oshiomole for insisiting on a transparent and credible primaries.

Okorocha who also won the APC Orlu zone senatorial ticket thanked APC members for “ seeing Uche Nwosu’s governorship project as a collective venture and for voting for him at the primary, and maintained that Chief Nwosu will not let them down.

Part of the statement reads “Owelle Okorocha also commended the Retired General Agbagbiaka-led committee for Conducting a free and fair primaries in the State and remarked that Nigerians with exemplary character like General Agbagbiaka (rtd), should always be given National and Democratic assignments and not morally weak politicians who would abandon national assignment and flew by 4am for personal gains.

The governor equally praised the Adams Oshiomhole-led National Working Committee, NWC, for insisting on transparent and rancor free primaries in Imo State and added that one obvious advantage of the Direct Primaries adopted by the Party in the State is that it has exposed politicians who only exist on the social media and in Abuja.

He also appreciated the APC members in Orlu zone for voting massively for him in the primary for Orlu Senatorial zone, making him now the Candidate of APC for the zone in the 2019 election.
He assured that APC in the State will deliver President Muhammadu Buhari, the governorship Candidate of the Party Chief Nwosu, all the three Senatorial Candidates and others in 2019.

“In the Senatorial Primary for Orlu zone Governor Okorocha scored 141,117 votes, while Hope Uzodinma got 1,359 votes and Osita Izunaso, 15 votes only

innonews - November 5, 2021 0
Godwin Maduka, the Accord party governorship candidate in the Anambra governorship election, has received massive support and endorsement from the good people...

innonews - September 8, 2019 0
By David Uka, Abakaliki Following the fresh killings of ten persons and missing of four at Ohaukwu LGA, ...

With Tinubu APC Would Cruise To Victory In 2023 Elections- Uzodimma

innonews - June 10, 2022 0
Governor Hope Uzodimma has congratulated former Lagos State Governor, Asiwaju Bola Tinubu, on his emergence as the presidential candidate of the All...