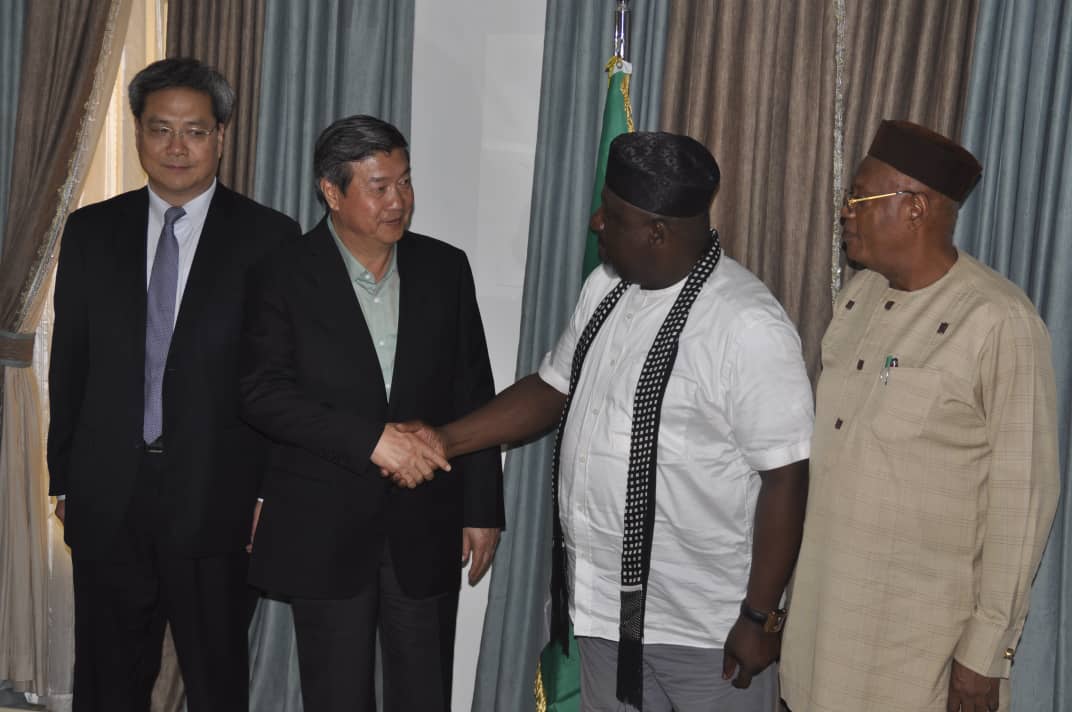 President of Elion Global Resources, Mr. Wang Wenbiao had led a team of Senior Personnel of the Company to meet with Governor Rochas Okorocha and other Senior Government Functionaries at the Government House Owerri weekend and the discussions at the meeting had given birth to the signing of the MoU.

In his speech, Governor Okorocha said “What we have been looking for is a major company like yours to come and drive the State’s Industrial Park. We have the gas and gas is Power and we need a credible company to move our gas into Power for the greater and mutual benefit of the State and the Country”.

The governor said “All we need is your understanding to kick-start the business. I would advice the Company not to waste time and to take advantage of the moment. So, we shall give you every assistance you need to make sure you start your business here in Imo State. Imo State is one of the best places to do business now especially for agriculture and Power Generation.”

The governor further stated, “When we assign to you the 10,000 acres of land to do business, it means you are in control of everything that happens in the land. For any amount of Power you generate for take-off, we shall give you guarantee and there is nothing you would ask, the President and myself would not do for you to take-off”.

In his speech, President of Elion Global Resources Mr Wenbiao said his company would partner with the State on Power Generation and in the development of the State’s Industrial Park and Agro-based Industries.

innonews - July 12, 2020 0
There is tension in Imo State as sacked but court reinstated local government chairmen elected during the reign of former Governor Rochas...

innonews - December 7, 2017 0
As the life of this administration winds down, there has been raging issue of ceding the 2019 governorship to Owerri zone. This issue became...