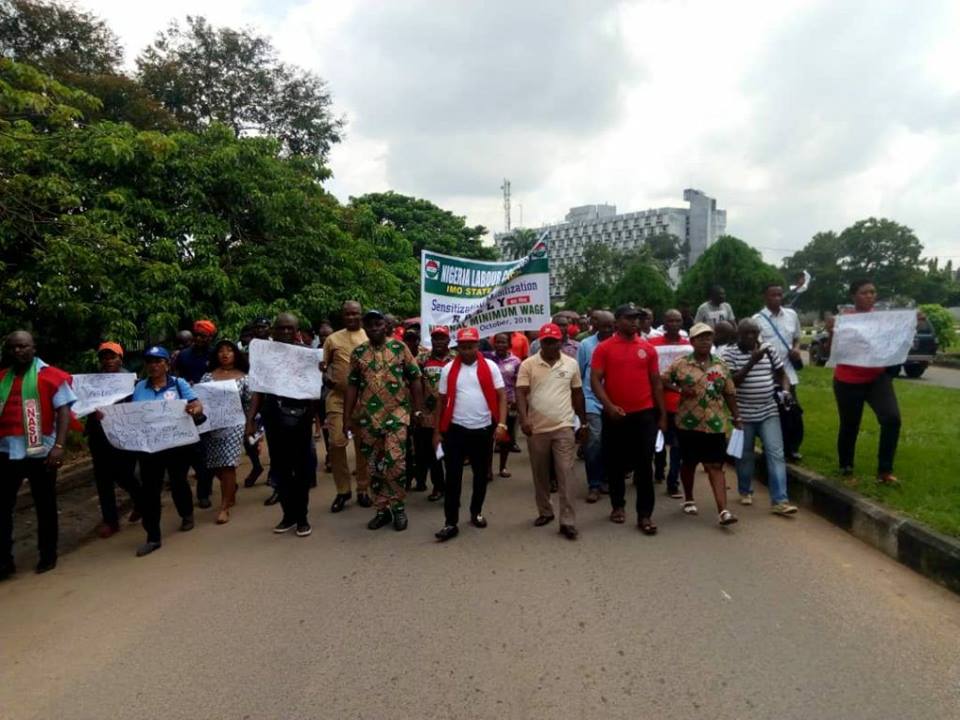 Nigerian Governors have reportedly pledged to pay N22,500 as minimum wage for Nigerian workers just as Labour in Imo State took to the streets to demand for an increase in minimum wage.

Labour had staged a nationwide protest on the looming strike scheduled to take effect on November 6.

The Workers protest in Owerri caused traffic gridlock among major roads in the city, as they urged the Federal Government not to delay in implementing their demand for an increase in their monthly pay.

The protesting workers carried placards to convey their message.

innonews - September 4, 2018 0
There are indications that some governorship aspirants in the Peoples Democratic Party, PDP in Imo State are bent on hijacking delegates that will emerge...

innonews - January 23, 2020 0
BY: RALPH EJIMKONYE, POLITICAL EDITOR Relevant power blocs within the confines of the All Progressive Congress, APC are striving...

innonews - June 18, 2019 0
Critics of Governor Emeka Ihedioha's insistence on due process and rule of law in the conduct of affairs of Imo State government,have...

innonews - January 2, 2019 0
Chelsea have wrapped up their first January transfer business with the signing of Christian Pulisic from Borussia Dortmund for 64m euros(£58m),...