For those who might not know, APGA is the All Progressives Grand Alliance, a Political Party founded by Chief Chekwas Okorie and Dim Chukwuemeka Odimegwu Ojukwu in collaboration with other prominent Igbo Sons, some of who never carried the card of any Political Party including APGA, but generously provided resources and logistics to ensure that “The Igbo’s also have our own party”; just like the Yoruba’s had AD and the Hausa’s APP”; that was the Sentimental basis for the founding and establishment of APGA; and its success was instantaneous as Peter Obi won the election to be Governor of Anambra State in 2003, though he had to go through the Courts to retrieve his mandate in a very tortuous journey which took the better part of 3 (Three) years to accomplish.

I could have titled this piece “The betrayal of APGA” or “The betrayal of Chekwas” or “The betrayal of Ojukwu” or even “The betrayal of Bianca” or, and why not; “The betrayal of Ziggy”; because this article is to tell a tale of betrayals by a trio whom history thrust the fate of APGA into their care at a time like this and who have proceeded so wantonly, so prodigally and so treacherously to dissipate, abuse, waste, decimate and completely decapitate the legacy of Chekwas Okorie, Ikemba Odumegwu Ojukwu; Professor Ben Obumselu, Engr. Arthur Eze and the legion of great Igbo Patriots who invested in sundry ways into building the now wasted monument and institution called APGA.

The trio of Messrs Victor Umeh, Willie Obiano and Victor Oye are today holding exalted positions in our Land courtesy of the valiant sacrificial labors of our “hero’s past” because the banner of APGA was used to foist them to prominence having been raised by APGA without any investments on their part; they like all prodigals care less about the heirlooms and the historical significance of sustaining a legacy; to them, APGA is a loot to be apportioned, shared balkanized and gobbled up in a rambunctious sleazy feast; to them; APGA has become a cash cow to be milked, to them APGA the hen that laid the golden eggs must also be Menu on the dinner table tonight all because their tomorrow must be now now.
How did APGA get to this sorry pass? how do I start the story; let’s try to put things in context; have you listened to the audio recording of the meeting Governor Obiano had with Ifeanyi Ubah moderated by Dr. Cletus Ibeto; that tape went viral; and you would have heard Obiano pleading with Ifeanyi Ubah to deploy his machinery and support his 2nd term election, Obiano unequivocally and in very clear succinct terms assured Ubah that he, Obiano will support Ubah as Candidate of APGA for the Anambra South Senate Seat; now, how did Obiano honour that solemn pledge after Ifeanyi kept his side of the bargain and Obiano achieved his now “famous” 21/21 ; I will tell you; Obiano knowing full well that he had made a commitment to Ubah, now went and encouraged the widow of our founder, H.E. Ambassador Bianca Ojukwu to come and contest for the same Anambra South Senate Seat under APGA, then this serial betrayer and amoral traitor proceeded to receive all manner of inducement; the long and short of it is that today, neither Bianca nor Ifeanyi is the candidate of APGA for that seat.

The story of the Auctioning of APGA cannot be fully told in any single newspaper article; but in trying to put things in context it is important to say that at the time Governor Obiano decided to install Chief Victor Oye as National Chairman of APGA, Oye had never been a member of our party, prior to that time, Oye had been my friend and I knew he was not one of us; but as we have only one Governor, who tripples as party National Leader and Chairman of our Board of Trustees we deferred to him to produce anybody he desired as party National Chairman because his re-election was the most important item in our party’s calendar and we knew that he needed to feel secure and assured of the National Chairman to warrantee his nomination and re-election bid; some of us who had noticed Oye’s predisposition and predilection to corrupt practices had told Obiano, that he should consider letting Oye go once his own re-election was accomplished, little did we know that Obiano perished the thought as he needed someone of Oyes rare amorality for the bazaar he was planning for the 2019 election season. We will come back to Oye presently.

I mentioned a trio at the beginning of this essay, yet so far I have not narrated the role of Victor Umeh who today is a Senator of the Federal Republic of Nigeria and who is the immediate Past National Chairman of APGA, the Master Puppeteer who manipulates Obiano and Oye to do his bidding, particularly as he has convinced Obiano that Obiano is a prime beneficiary of his artifice as he made Obiano Governor when he, Victor Umeh was National Chairman of APGA. Victor Umeh considers himself the Kingmaker of APGA and the “agbawo dike izu” of APGA.
He is also the Messenger of doom for APGA; it was Victor Umeh who brought the information to some spiritual and temporal leaders of Imo State that he had chosen for Imo People the person who will become Governor under APGA. Yes, it was Victor Umeh that became the Chief Auctioneer.

It is trite news that in the run up to the forthcoming 2019, elections in Imo State more than twenty five (25) persons showed interest to contest the Governorship election under the APGA; very early in the day we had told the leadership of the party that with so many aspirants, the only way to avoid rancor and ensure victory was to work out a process of consensus where the aspirants would by themselves produce a candidate.

The Leadership, starting from our National Leader, Governor Obiano, Past National Chairman and Master Puppeteer/Chief Auctioneer Senator Victor Umeh and National Chairman Chief Victor Oye did not want this; they jointly and severally mouthed “free and fair primaries”; alas what they actually wanted was chaos, and a bazaar where they would eventually auction the tickets to the highest bidders; so they started what Fela would have called “Government Magic”.

They started selling delegates forms, at N10,000 (Ten Thousand Naira) per delegate for respective elections; thus if you wanted to be a delegate for the House of Assembly; House of Reps; Senatorial and Governorship Primaries you must cough out a total of N40,000 yes; (Forty Thousand Naira); we had made APGA a solid grass root brand, and there was a deluge and the Party raked in billions of Naira from the Thousands of prospective delegates; then the “National Leadership” sent out feelers to aspirants, if you want your delegates list to be used (you know that in Imo State where Rochas had not paid workers and pensioners, the poor masses whose shops and markets had also been demolished could not possibly purchase the forms; so aspirants paid for them); you were approached to come and pay humongous bribes; the Auction was on.

After collecting so much money in all manner of Currencies from diverse aspirants, the Leadership of the party who had promised “free and fair primaries” started orchestrating confusion and tension and deliberately aborted the “Primaries”. Nothing held because having collected money from so many bidders there was confusion as to who was to be delivered.

So there was no primary election for Governorship and other positions in Imo State under APGA. It was mayhem galore.
In Anambra State the story was a bit different because “primaries of a sort” was held in many constituencies and when many incumbents of the State House of Assembly lost out, and Certificates of Return was issued to the winners; they promptly started collecting signatures for the impeachment of Governor Obiano who all along was holidaying in his favorite fleshpots somewhere, he quickly issued instructions to Oye to give Certificate of Return to all the incumbent Members of the Anambra House of Assembly because they threatened to impeach him. Today there are multiples of persons holding Certificates of Return for the same constituency in Imo and Anambra State.
The reality is that the trio of Obiano, Umeh and Oye have totally completely destroyed the APGA brand, in Imo State, APGA’S promise has been shattered and demolished; the APGA which Imo people prayed will come and restore their Land just as NCNC, and NPP did is no more; none of the people they associated that hope will; is left; the N-APGA which was a response by the Union of APGA Governorship aspirants in Imo State is struggling to revive a highly demoralized populace; in Anambra, APGA will surely lose constituencies; if anybody under APGA wins, it will be because of the individuals rating and efforts, the brand APGA has been damaged and no longer represents “Nkea bu nkanyi”; “this is our own”; Obiano, Umeh and Oye have managed to destroy in one fell swoop, a Legacy built by Chekwas Okorie, Peter Obi, Ikemba Nnewi, and all other Igbo patriots who invested integrity, goodwill, sacrificial Leadership, good Governance, Patriotism and dedication to high ideals in directing the people.

Just as APGA was going National, having won a House of Representative Seat in Taraba, elections in Kaduna, FCT, and Bayelsa States; the demon spirit of Judas Iscariot captivated and enraptured the Leadership of APGA today neither Obiano, Umeh or Oye can safely step into Imo State without the highest level of Security as Imo people hold them responsible for undermining and truncating their dreams and hope in a better and greater Imo State from May 29, 2019.
I weep for APGA. 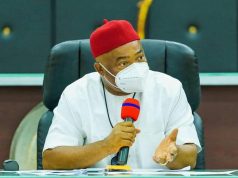 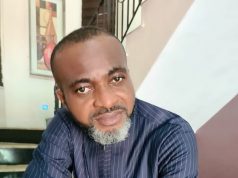 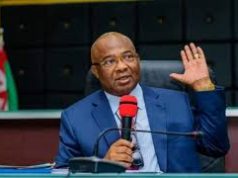 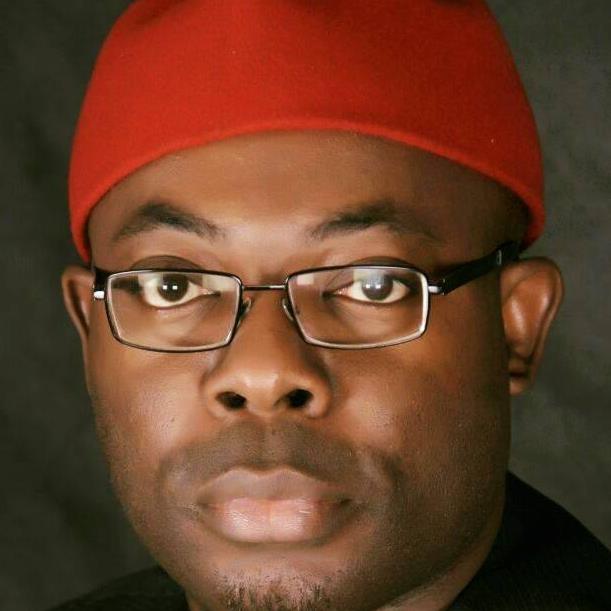 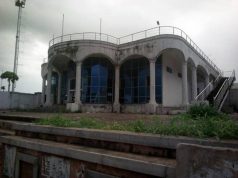