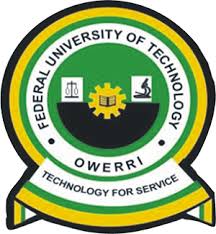 The Federal University of Technology, FUTO has been shut down by the Academic Staff Union of Universities, ASUU.

ASUU said it took the action in solidarity with the nationwide industrial action embarked upon by the academic body.

The Union had declared “no teaching, no examination, no attendance to statutory meetings” until its demands are met by the Federal Government.

Christopher Echereobia,  ASUU Chairman accused the Federal Government of working towards the setting the nation’s public education system back.

Echereobia said that it was unfortunate that the government was sabotaging the country’s education sector .

The ASUU chief informed that the goal of the indefinite strike was to compel the government to address various issues affecting ASUU .

He said, “We demand the provision of a platform by the federal and for ASUU to engage governors on the proliferation of universities, underfunding of university education and undue interference in the affairs of state universities.”

Ihedioha Flags Off Construction Of 81km Urban Roads In Imo

innonews - September 5, 2019 0
In what appears to be the biggest "roads revolution" in Imo State, Governor Emeka Ihedioha has flagged off the construction of...