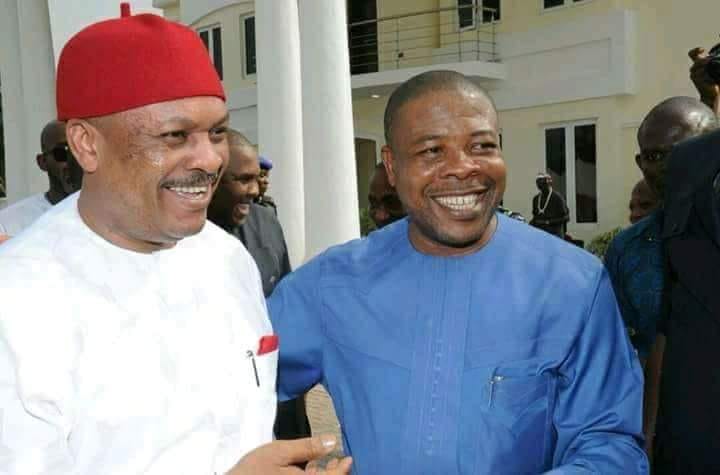 The peace of the graveyard that had existed in the Imo State chapter of the Peoples Democratic Party, PDP gave way for a full blown political turmoil when some party chieftains and members opted to form Imo New PDP.

The Imo New PDP is a splinter group in the party who claimed that several wrong doings that prevailed in the party during congresses and primaries were some of the reasons why they called it quits. Some of the chief factors proffered by the aggrieved members led by Chief Fabian Ihekweme revolved around the party congress and primaries.

The split in the PDP in Imo State has been widely described as a sad one which may have the capacity to puncture the party’s renewed determination to win the 2019 governorship election in the State.

At the same time, one wonders the effect of such a split as there are indications that the foundation of the party remains in intact since the party leadership at all levels are known not to have shifted ground or joined the new splinter group. However when a House begins to crack, its occupants will opt for elsewhere for safety.

There have been speculations in the media that Imo New PDP is the brainchild of Senator Samuel Anyanwu, a governorship aspirant who lost the governorship ticket of the party to a former Deputy Speaker of the House of Representatives, Rt Hon Emeka Ihedioha.

If this is the case, then a dangerous trend where losers find it difficult to embrace winners after a contest is gradually evolving in Imo politics.The inability of party members to embrace the spirit of give and take is quite disturbing.

At the same time, it is important to remind political parties to always stick firmly to the tenets of fairness and justice in their undertakings and see aggrieved members and stakeholders as key elements of the party whose grievances should be pacified.Peace is meaningless when justice is seen to be denied or subdued.

No matter the pretenses about the futility in the division in Imo PDP, it is a minus for the party and like cancer, it may grow beyond its present state.

APGA in Imo State is a case study.  The bitter truth is APGA has lost some level of “mass movement” support after its primaries ended up in controversial circumstances. The PDP cannot afford to allow its support base to dwindle ahead of a nail biting and fierce elections in 2019 in Imo State. Every party member is important. An uncompleted building cannot be occupied by a landlord and tenants.

innonews - February 21, 2021 0
Government of the Federal Republic of Nigeria, and in Imo State, have received a backlash from Igbo indigenes residing in Diaspora over...