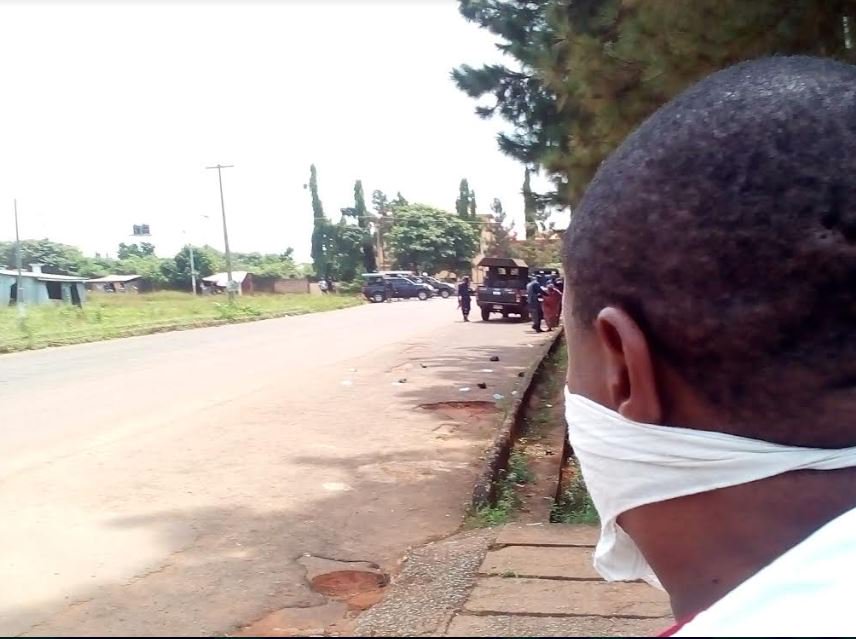 Thugs who had taken over the Anambra State House of Assembly on Wednesday were dispersed by security operatives.

The security forces fired warning shots aimed at stopping the invasion of the Assembly complex.

Hon Ikem Uzoezie was nominated as the Deputy Speaker.

Maduagwu later said she was not impeached and held a plenary and adjourned.

The two factions existing in the House  made frantic efforts to reconvene on Thursday but met stiff opposition as stern looking security men deployed to the Assembly complex put in strict security measures and restricted movement.

Some thugs mobilized by unknown persons stormed the complex and desperately wanted to gain entrance but met stiff resistance which led to heavy shooting and firing of teargas canisters.

A  female member of the House escaped a hail of teargas canisters which resulted in her breaking down. She was later aided inside the House after she was initially denied access.

Details of the unfolding drama is ongoing.

innonews - December 10, 2017 0
In what appears a counter rally to the one organized by some civil society groups against the mis-governance of Governor Rochas Okorocha, some youths...

INEC Deadline: Big Drama Yet To Unfold In Imo APC?

innonews - November 25, 2018 0
*Will Uche Nwosu Decamp To Another Party?* *Can Senator Uzodinma Drop His Running Mate?*  *Caretaker Committee For Imo APC In The Offing? * *By RALPH EJIMKONYE* As the...

innonews - June 11, 2019 0
BY: IKENNA ORIOHA Governor Emeka Ihedioha of Imo State has inaugurated a commitee to turn around the Imo Transport...

innonews - August 26, 2018 0
The All Progressive Congress, APC has recorded total victory in the August 25th local government election in Imo Staten The Chairman of the State Independent...