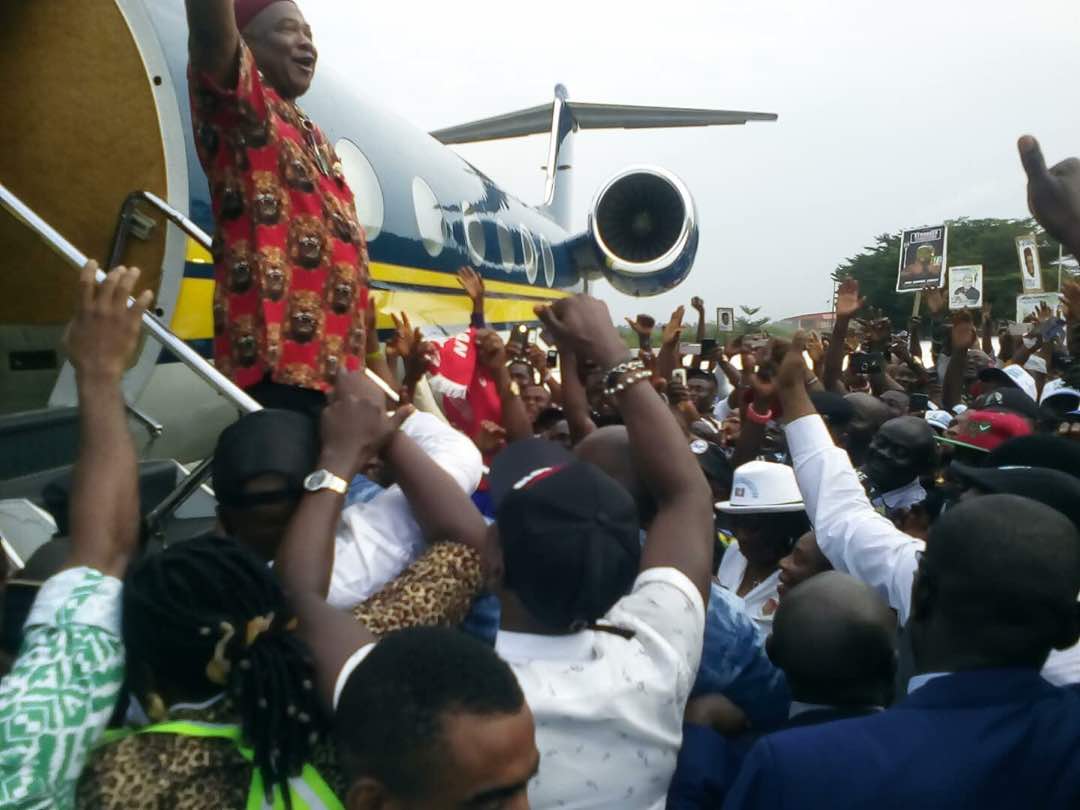 Senator Uzodinma arrived the Sam Mbakwe International Cargo airport where he was received by a mammoth crowd of supporters and party members.

The APC governorship candidate in his speech promised to revive Imo State if elected Governor of Imo State in 2019.

He promised to create wealth, revive healthcare and the civil service, just as he thanked the clergy for their prayers and liberating Imo State from bondage.

innonews - July 29, 2021 0
The All Progressive Congress, APC in Imo State, may adopt a consensus approach to elect a State Chairman and other members of...

President Muhammadu Buhari’s Remarks At The APC Grand Finale Of The...

Okorocha: 2018 Will Be Exciting Year For Nigerians

innonews - December 30, 2017 0
Imo State Governor, Rochas Okorocha has said 2018 will be an exciting year for Nigerians as a people because of the good things it...