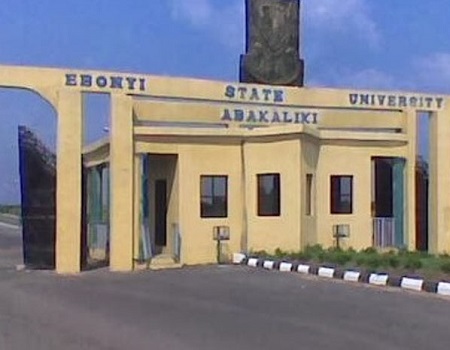 Two lecturers of the Ebonyi State University, Abakaliki, have been sacked for alleged sex for marks, extortion and other offences.

63 staff of the university were also disengaged.

Public Relations officer of the institution, Mr.Patrick Itumo who broke the news said the 63 staff were dismissed for various offences that bordered on certification and age differentials.

On the alleged sex-for-mark scandal, he admitted that two lecturers had been relieved of their appointments maintaining that others were being investigated by a committee.

“Recently, the university dismissed some lecturers; one lecturer was from the Department of History and International Relations (HIR); he was dismissed for sexual harassment and extortion.

“Dr (name withheld) was attachéd to the Faculty of Education; he too was dismissed for sexual harassment. I think these two suffice for now. But others are being investigated.

“I wouldn’t give the record because it is committee matters. The members are currently working in line with their mandate; we will not pry into their activities until they come up with their report.”

innonews - March 22, 2018 0
Photos of some of the rescued Dapchi Girls Secondary school who were freed by Boko Haram on March 21, 2018 has surfaced online. The school...

“No Going Back On Imo LGA Election”

innonews - October 1, 2019 0
Ihedioha Reasures On Holding Polls "As Soon As Possible" There is no going back in the conduct of local...