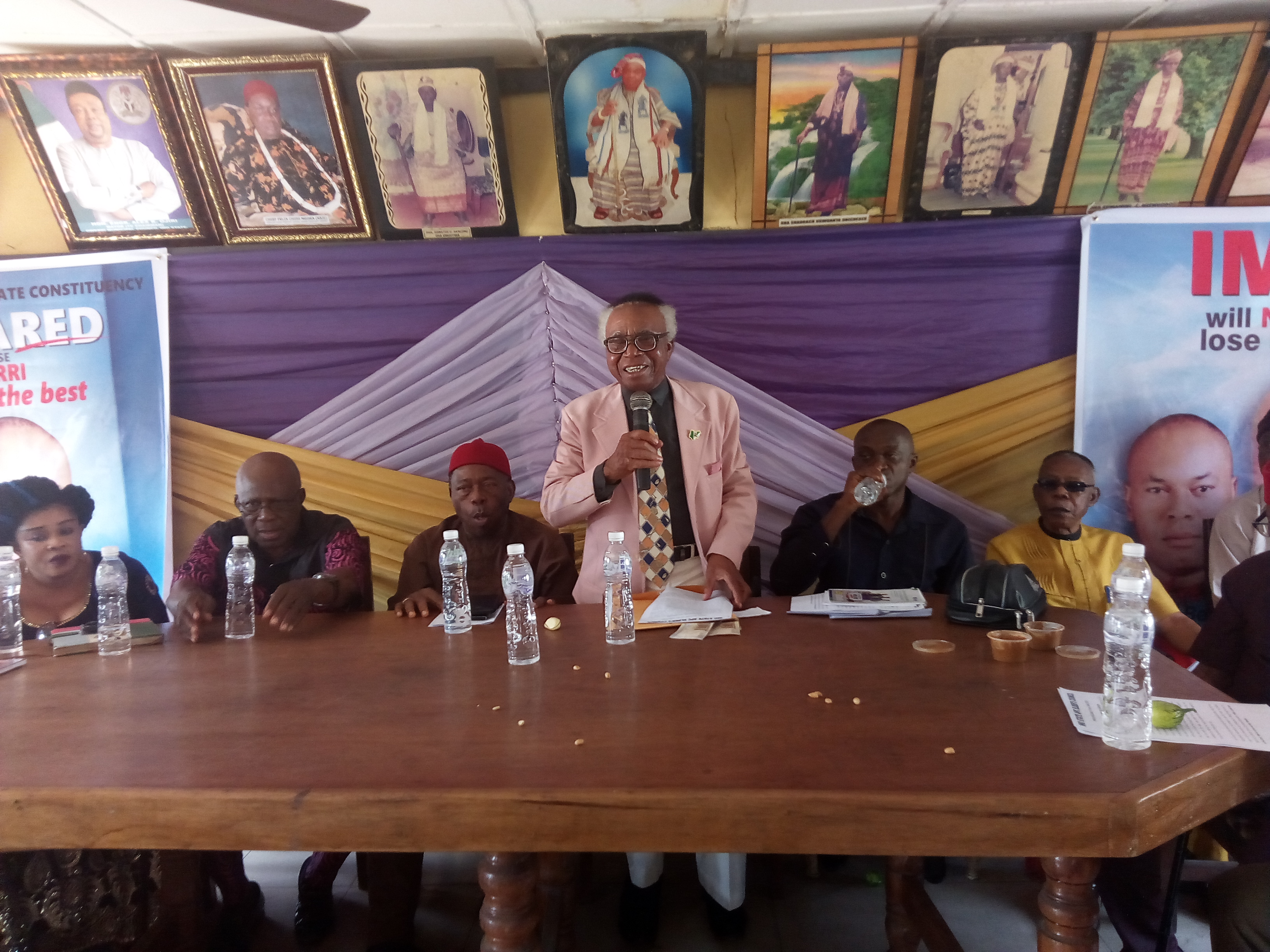 Addressing a Town Hall meeting in Owerri  municipal, Chairman of the Council, E.J.K Onyebuchi, described Senator Uzodinma as a man of compassion, a man formed by the principle of sincerity of purpose whose name radiates God’s grace.

” Thus, there is no doubt that Senator Hope Uzodinma is strongly equipped to unify our great Imo State, mend broken fences and restore trust and confidence by tackling the moral and political crisis been promulgated by Rochas Okorocha’s monocratic acts”

Onyebuchi, a former Chairman of Imo State Elders Council in Okorocha’s government , called on Imolites at home and abroad irrespective political persuasions to join and participate in electing Senator Hope Uzodinma as Governor of Imo State for the betterment and prosperity of the State.

He said ” We must rise up together from Owerri zone, Okigwe zone and Orlu zone to support Senator Hope Uzodinma’s victory as the Imo State candidate for the governorship election come 2019.

He said Imolites should be grateful ‘to God for presenting Senator Uzodinma to us, for without it, Imo State would have not been liberated from the absolute power of Owelle Rochas Okorocha.

In a statement made available to journalists, the group said ” “Given these realities, Nigerians must therefore collectively reject these unpatriotic Nigerians who have decided to plunge emotionally into the race for Nigerian presidency by voting them out during 2019 presidential election by voting them out during 2019 presidential election for competing against our God sent President Muhammadu Buhari who is truly commiteed and building a new Nigeria”

Our Ads Section Was Suspended To Correct Technical Default.Bear With Us

innonews - July 19, 2017 0
It was a glorious moment of Praise worship and thanksgiving to God when a pregnant woman,Mrs Ijeoma Oluchi Michael was delivered of a bouncing...