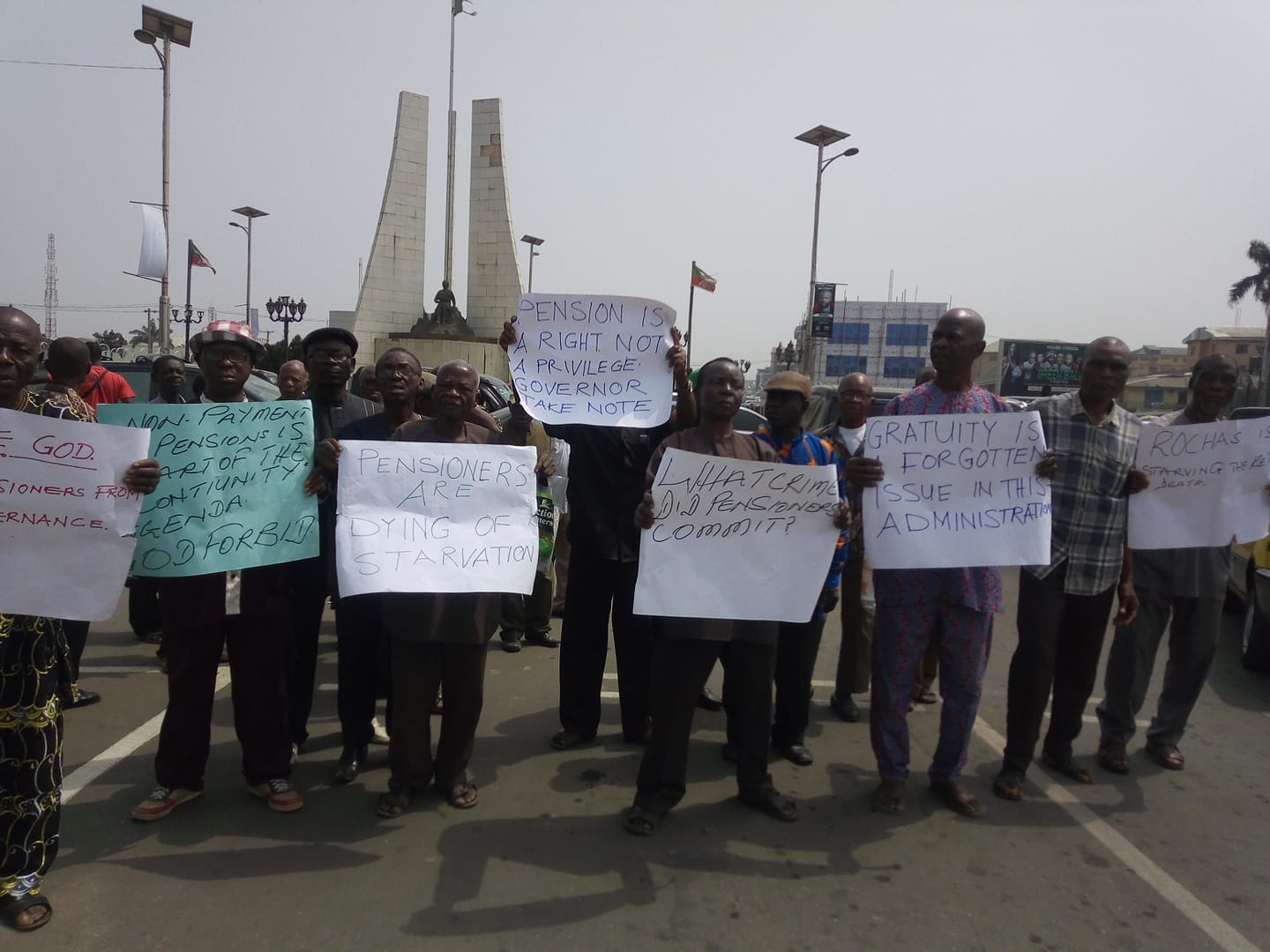 Pensioners for the umpteenth time took to the streets of Owerri, Imo State capital on Thursday where they alleged a rip off in the payment of their pensions.

The pensioners who carried placards with various inscriptions alleged non payment of pensions for 73 months, urging the State government to at least pay them three months of their pension arrears.

Spokesman of the pensioners, Sam Orjiakor,  who spoke to newsmen at the Government House Round about, said they had no option than to resort to protest because of Government’s insensitivity to their plight

“ It may interest you to know that there are pensioners owed 43 months , 45 months and 50 months , respectively. But the highest is 73 months . This is not laughable at all. How can the government pay us just one-third of one month pension out of the several months owed us?”

Orjiakor added that the protest came about following alerts they received from banks on Wednesday night, stating that the bank alerts showed that they were only paid one third of a month’s stipend out of the several months owed them

innonews - January 10, 2020 0
For the last time after several appeals to some traders to desist from trading on the streets especially at Douglas Road, Owerri,...

Why Dirty Naira Notes Are In Circulation- Cleric

innonews - October 23, 2018 0
Syndicates in the nation’s apex bank, the Central Bank of Nigeria, CBN, have been blamed for the circulation of dirty naira notes in circulation. This...

innonews - February 8, 2018 0
Governor Rochas Okorocha of Imo State has replied claims made by former Governor, Ikedi Ohakim that judges are being owed sixteen months salary in...