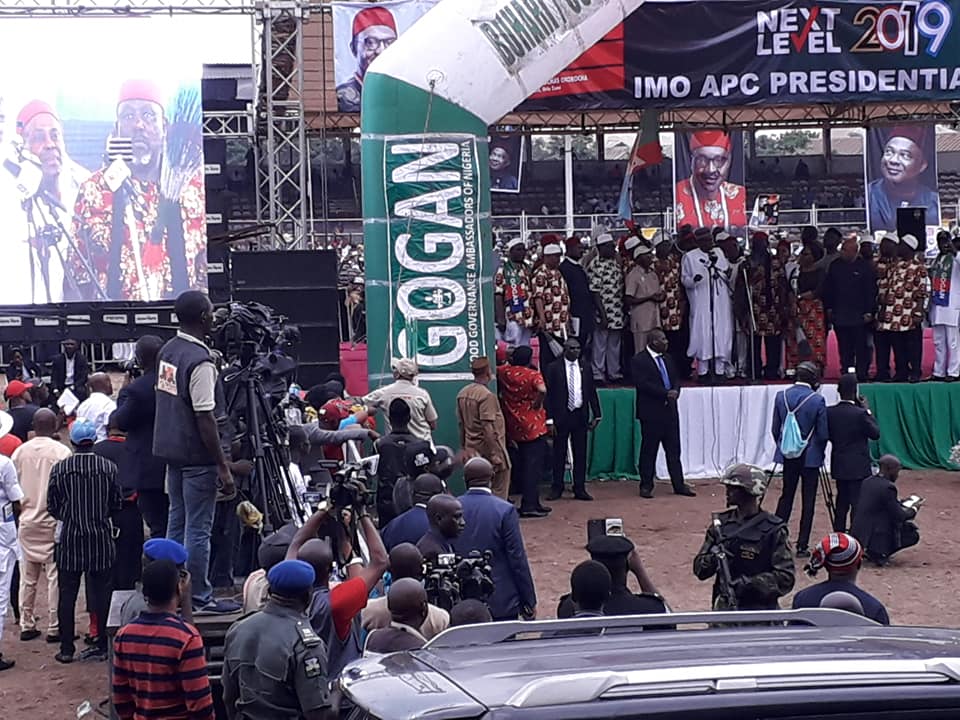 President Muhammadu Buhari has advised voters in Imo State to choose and vote for candidates of their choice across party lines in the State.

The President spoke in Owerri, Imo State at an APC rally in continuation of his nationwide tour.

The All Progressive Congress, APC has been in turmoil in Imo State. Governor Rochas Okorocha son in law, Uche Nwosu lost the APC governorship ticket to Senator Hope Uzodinma.

Nwosu crossed over to the Action Alliance, AA, Okorocha remained in the APC and is vying for Orlu senatorial seat.

President Buhari spoke on his administration performance in the fight against corruption, security and economy.

Ohakim Will Be Governor Again- Kinsmen

Imo Assembly Seat: UPP Candidate, Emeagi Reveals Why He Is The...

Osibanjo To Flag Off APC Campaign In Imo

innonews - December 19, 2018 0
Vice President Yemi Osibanjo is expected to flag off campaigns of the All Progressive Congress, APC in Imo State.