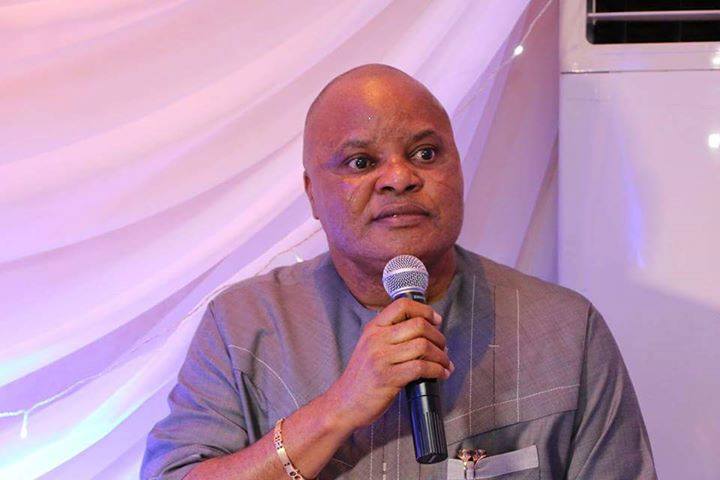 The Araraume Solidarity Movement, ASM, has given thumps up to APGA governorship candidate, Senator Ifeanyi Araraume, on the successful flag off of the party’s campaign.

In a statement by ASM State Co Ordinator, Sir Chukwudi Opara, he described the grand rally witnessed by thousands of APGA faithful as a clear indication that Senator Araraume is on the verge of winning the 2019 governorship election.

Chief Opara also known as Udochimara Emii said Senator Araraume remains the best candidate with the capacity to take Imo State to the next level when elected Governor.

He recalled that the ASM had organized a road show for Senator Araraume in Owerri which was part of the group’s commitment to market the aspiration of the Senator to the Imo populace.

The roadshow which took off from Ama Jk to Douglas to Mbaise Road was attended by the Senator and witnessed by Owerri residents who hailed the Senator as he marched the streets of Owerri.

In his remarks at the event, Senator Araraume stressed the need for the people to elect him as the next governor of the State lamenting on how bad governance had plagued the State in the last eight years.

In a related development, a key leader of ASM, Hon.Oshieze Innocent Iheme, also hailed Senator Araraume for the successful campaign Flag off which took place at the Dan Anyiam Stadium, Owerri.

He said Senator Araraume is a man of the people as shown by thousands of APGA members who attended the rally to show their support and solidarity.

He said the ASM will not relent in championing the aspiration of the Senator who posses all it takes to give the people of Imo State credible leadership.

It would be recalled that the ASM is a powerful support group for Senator Araraume. The group had recently constituted an ” Election Army” to protect the votes of the Senator and other candidates of the party during the forthcoming governorship election.

Imo PDP Reveals Those Behind Defection Of Exco Members

innonews - May 28, 2020 0
The Peoples Democratic Party, PDP, in Imo State, has fingered Governor Hope Uzodinma and Senator Samuel Anyanwu, as the hand of Esau...

innonews - July 5, 2019 0
Arguably, the recent directive from Gov Emeka Ihedioha to suspend the recognition of the last batch of newly created Autonomous Communities...