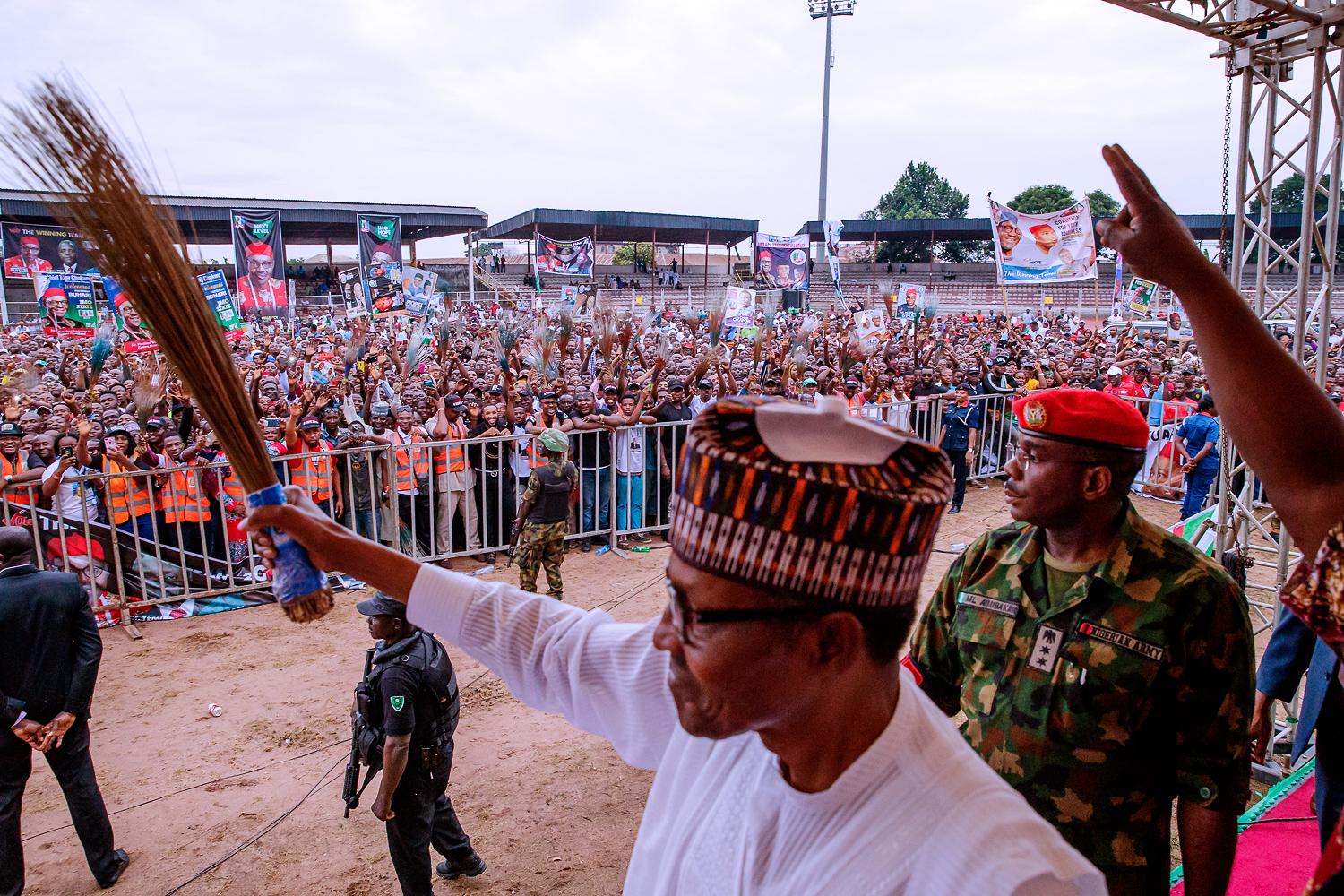 *Buhari Only Welcomed Endorsements From Other Political Parties

The Presidency reacted on Thursday to reports that President Muhammadu Buhari did not show sufficient support to APC candidates at the party’s rally held at the Dan Anyiam Stadium, Owerri.

Buhari was reported to told voters in Imo to vote for any candidate of their choice across party lines in the State.

“Do not allow intra or inter party issues to remove your sense of responsibility, your vote is your vote, choose whoever you like across parties” he said

Reacting to the statement which has made headlines, Garba Shehu, the President’s Special Assistant on Media and Publicity reportedly assured members of the APC in Abuja, that the President is fully behind the party and its candidates in every state of the federation.

According to Daily Post,Shehu dismissed insinuations that the President did not fully support APC candidates at the rally.

Shehu was quoted to have said ““The massive crowd that gathered to welcome President Buhari in Imo State was made up of not only supporters of the APC in the state, but also supporters of other parties who are united by their love for the President and their desire to see him re-elected, despite the local candidates they support,”

“President Buhari’s consciousness of this obviously-mixed crowd was the reason why he did not speak only about support for the APC during the campaign, but also encouraged the people to vote according to their consciences.

“While President Buhari is fully behind APC, he welcomes endorsements from those who do not belong to the ruling party but is also sensitive to their support for non-APC candidates at the local level. It would have been insensitive of him to offend his non-APC supporters by ignoring their local affiliations.”

innonews - November 27, 2020 0
The Chairmen have vowed to take over the headquarters of the 27 Local governments in Imo State on Nov 30

innonews - May 23, 2022 0
Analysts have proffered reasons why delegates of the All Progressives Congress, APC, may not take part in the forthcoming primaries of the...