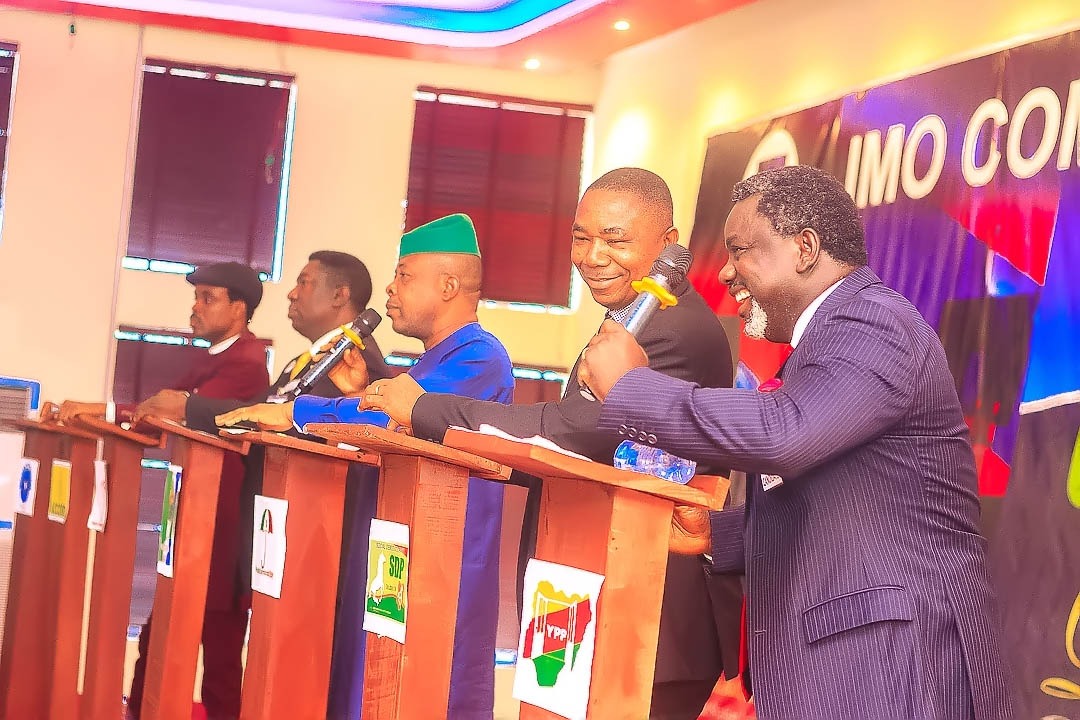 Some governorship candidates of various political parties were absent at a debate organised by a group with the name “Imo Community Europe”.

Among those absent include Senator Hope Uzodinma (APC), Senator Ifeanyi Araraume (APGA), former Governor of Imo State and Accord Party candidate, Ikedi Ohakim, Hon.Tony Nwulu (UPP), Uche Nwosu ( AA) and many others. There are over 60 governorship candidates vying for Imo governorship election.

As at the time of filing this report, there was no official statement from the absentee candidates.

The APC candidate, Senator Hope Uzodinma was said to be in Abuja for the inauguration of the APC presidential campaign council by President Muhammadu Buhari.

In a post on social media, governorship candidate of the Young Democratic Party, YDP, Evangelist Mike Ikoku, said he was not invited by the organisers for the event.

“The organisers of the Imo Guber Debate today did not invite me for the debate. I m surprised why they decided to shot out some frontline candidates” he wrote on a WhatsApp platform.

This newspaper observed that most of the candidates allegedly stayed away on the grounds that the debate was tailored to favour a particular governorship candidate. There was no independent verification of this claim.

During the 2011 and 2015 governorship election, debates for governorship candidates were organised by the Nigeria Union Journalists, NUJ and the Owerri Catholic Diocese headed by Archbishop AJV Obinna which attracted all segments of the Imo society.

innonews - August 30, 2018 0
*By David Uka, Abakaliki* The Ebonyi State government has ordered the re-opening of the popular Abakaliki Rice Mill, two days after it sealed it off...