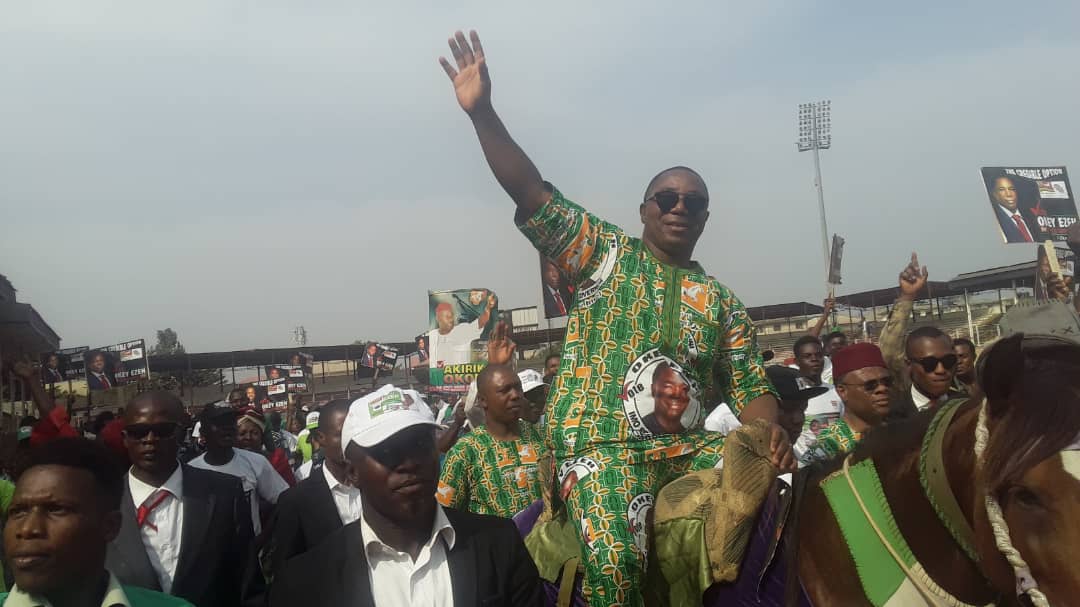 The Governorship Candidate of the Social Democratic Party (SDP) in Imo State, Sir Okey Ezeh, yesterday outshone the other governorship candidates in a debate organized by the Imo Community, Europe.

This is contained in a statement signed by Collins Opurozor, Director of Media and Publicity, Okey Eze Governorship Campaign Organisation.

The debate which held at Rockview Hotels, Owerri, had the various candidates of the major political parties in attendance, including Chief Emeka Ihedioha of the PDP and Linus Okorie of the YPP.

Speaking on his preparedness, Ezeh revealed that: “For 27 years I have been a creator of value in one of the world’s leading financial services group, Citi Group. It is time to elect a technocrat who has a proven mettle in value creation to govern Imo State.”

He also vowed that: “I won’t waste one minute in office. I am an economist. I will sanitize the macro-economic scenario that will attract investments.”

He continued: “We need to create an atmosphere of confidence. We have a lot of our people in the Diaspora who need to invest back home. The Imo Investment Bond will harvest these investments.

Ezeh further decried the state of Imo economy. According to him: “Imo runs a keke economy. There is a dearth of foreign direct investments. The first thing we will do is to adopt global best practices in financial management. Imo runs an opaque accounting system. We shall introduce an Imo Investment Bond. There must be prudence again in the management of our resources.”

On his agricultural blueprint, the investment banker affirmed that: “We shall unleash the opportunities in the entire agricultural value chain. We must change our priorities. Everybody talks about how to manage allocations. But there will soon be no more oil revenues. We have over four thousand hectares of oil palm at Ohaji. We must rejig it. In 1954, the Eastern Regional Administration made 54 million pounds from the export of palm oil alone. We must go back basics.”

In a note of commendation, the Candidate of the YPP, Linus Okorie, stated that: “Of all of us here, it is only Okey Ezeh that is a competent economic manager. Am not surprised hearing the depth of his economic insight.”

All the candidates hailed the organizers of the debate for their vision and commitment to giving Imo the best leadership.

innonews - May 13, 2018 0
The Nigerian Police Force has paraded four Principal suspects it said were arrested "for criminal conspiracy,  forgery, theft and unlawful possession Of APC Ward...

innonews - April 6, 2018 0
Former Super Eagles captain, Nwankwo Kanu has said he is not interested in running for Nigeria’s Presidency in 2019. An Online sports website, Goal. Com...