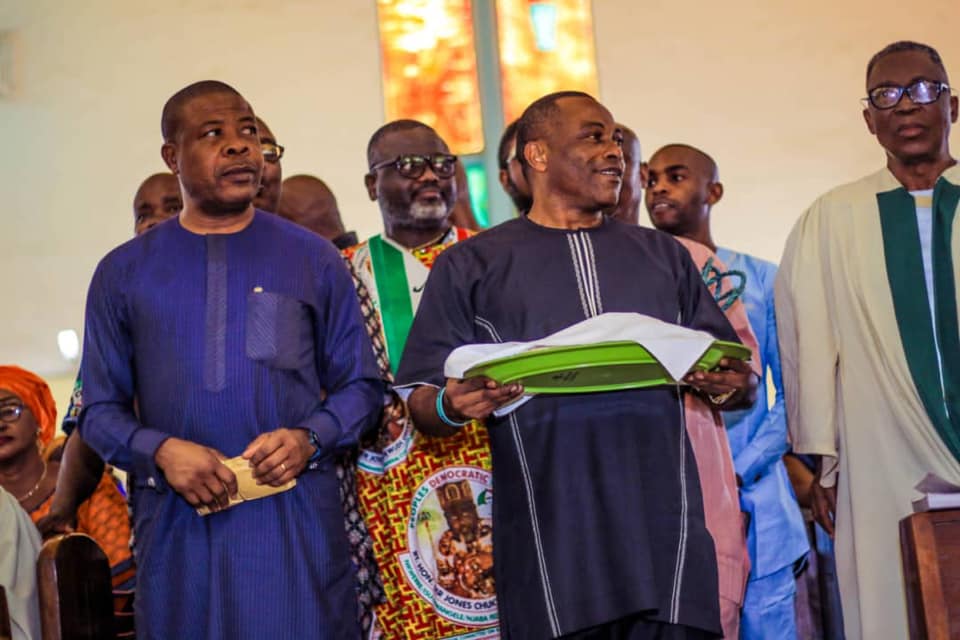 The Peoples Democratic Party, PDP in Imo State is set to inaugurate its campaign council.

The inauguration will hold at the State party secretariat in Owerri on Wednesday, January 9, 2018.

The Council which has the State Chairman of the party, Chief Barr Charles Ezekwem as Chairman is made up of party bigwigs including former Governor of Imo State, Chief Achike Udenwa, Chief Emmanuel Iwuanyanwu.

Senator Samuel Anyanwu was also listed as member of the Council. The Senator is in court challenging the victory of Hon Emeka Ihedioha as governorship candidate of the party.

APGA chieftain and former Governorship aspirant, Hon. Uche Onyeagocha is a surprise inclusion in the council. The former Federal Lawmaker had announced his support for Hon. Ihedioha but insisted he is a member of APGA.

Another APGA governorship aspirant, Nick Oparandundu also made the cut as Chairman of Finance Committee of the Campaign Council

Other notable members of the Committee are,

57. Dr ThankGod Ezeani, amongst others.

Heads of Sub Committees are as Follows:

Committee on Trade and Allied Groups

innonews - December 28, 2020 0
Barring unforeseen circumstances, another matter pertaining to the 2019 governorship election in Imo State, will re echo again at the Supreme Court,...