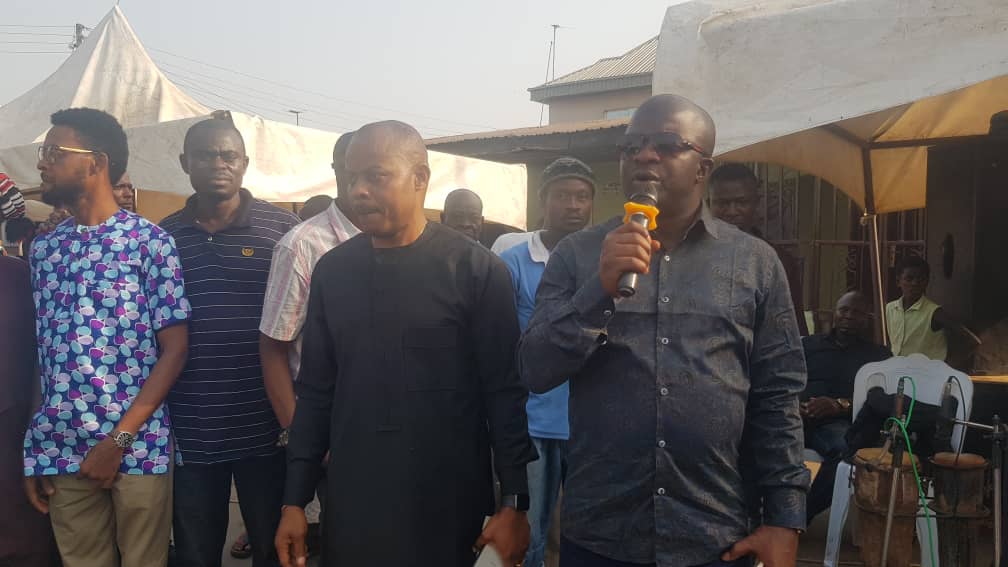 The United Progressive Party, UPP and it’s governorship candidate in Imo State, Tony Nwulu caused a stir in Oguta Local Government Area of Imo State at the weekend when he embarked on a roadshow.

To the amazement of locals, Nwulu mounted a bike (Okada) and rode on the streets of Oguta which attracted unprecedented applause and delight from Oguta residents.

Aided by his Deputy, Nnaemeka Obiareri, a tumultuous crowd mainly youths rode with him hailing the initiator of the historic Not Too Young To Run Act.

Some of the locals who spoke on the candidacy of the UPP governorship candidate described him as humane and a man of the people who has demonstrated passion for the less privileged.

Mr. Chuka Ukachukwu, one of the local residents who was part of the roadshow spoke eloquently about the UPP Governorship candidate.

” Nwulu  has shown humility. That is one of the virtues of a responsible and good leader. We are in love with his mien and disposition. We need his type in Government House. A good mixer with the local people. We need a Peoples Governor, One who feels and understands our pain.And we have seen one in him”

Nwulu’s aspiration has become a mixed drill in recent times. Recently a popular deranged man in Owerri whose words implies with some level of spirituality said the UPP governorship candidate will emerge the next governor of Imo State in 2019.

The Federal Lawmaker in one of his campaign promises had assured that youths will constitute 80 percent of his cabinet if elected Governor.

innonews - February 19, 2018 0
A governorship aspirant in Imo State, Hon. Tony Nwulu has advised youths to ignore  politicians who are not in support of the Not- Too-...

innonews - September 15, 2018 0
The law could force the club to drastically change the way they manage their squad. According to Bild, FIFA is planning to restrict the number...

innonews - May 20, 2020 0
by ikenna orioha In order to prevent and mitigate the spread of the coronavirus Pandemic across SouthEast, an NGO,...

innonews - June 23, 2022 0
*Reveals Those Behind Sponsoring False Reports Against Him In The Media* The Imo East Senatorial candidate of the All...

innonews - April 25, 2019 0
There are strong indications that the Imo State House of Assembly has directed the 27 Local Government Chairmen to appear before it with...