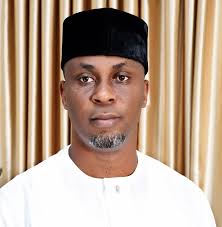 The Governorship candidate of the African Democratic Congress, ADC, Chief Ejike Chukwu on Thursday, 21st Febuary, 2019 stormed Egbema in Ohaji/Egbema Local Government Area of Imo State where he unveiled his plans for a better and prosperous Imo State if elected as Governor.

Addressing a mammoth crowd made up of teeming youths, men and women in the area, Chukwu said his administration will ensure prompt payment of workers salaries, adding that the days of owing pensioners their pensions in the State would also be a thing of the past.

He added that he has developed a roadmap to end unemployment among the youths in the State and also address issues affecting all sectors of the State ailing economy.

Chukwu said he also intends to make Imo State an ICT hub in order to connect the State to latest global innovations such as technology, saying his agenda for the State is aimed at placing Imo on the path of economic revival.

The rally adjudged to be a mega one judging from the huge turn out had in attendance several groups and the entire party structure in the State in addition to members of the National Youth Council of Nigeria, NYCN, Man O War and other bodies which indicated support to Mr. Chukwu’s governorship ambition.

innonews - March 21, 2020 0
As part of efforts to nip the spread of the Corona virus pandemic in the bud, the Imo State Governor, Senator Hope Uzodimma...

innonews - October 15, 2018 0
The nation’s polytechnics may be shut down soon as the Academic Staff Union of Polytechnics (ASUP) have warned the Federal Government to order the...

Senatorial Re Run: Okigwe Elders Say No To Imposition Of Candidate

innonews - February 24, 2020 0
Worried by lack of peace and unity of purpose among politicians of Okigwe Senatorial zone in Imo State, which has often led...