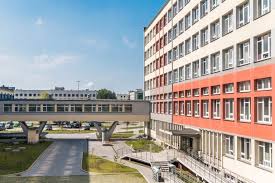 NAN reports that National Chairman of ASUP, Usman Dutse made the revelation at a news conference in Abuja.

Dutse also disclosed that the request for a revitalisation fund of N15 billion had been made by the Minister Education, Mallam Adamu Adamu in lieu of the NEEDS assessment.

According to Dutse, government has equally made a public pronouncement on the issue conveying the government’s approval for the release of the sum as requested.

According to Dutse: “We have decided to suspend our two month old strike; this decision was taken at the end of our National Executive Council (NEC) meeting.

“We shall not hesitate to resume the suspended strike should government fail to review the Memorandum of Action (MoA) and ensure full implementation before end of May 2019.

“This is in view of the progress made in the course of the union’s negotiations with government.

“The NEC of the union, after exhaustive deliberations and in due consultations with the respective congresses across the nation resolved to suspend the current industrial action.

“This is based on the condition that government committed to review the Memorandum of Action to concretise the resolutions and ensure its full implementation by end of May 2019, failing which the union shall resume the action at its discretion.”

innonews - November 7, 2017 0
Owerri City Gate Contractors Beg For Payment of Contracts. Contractors who constructed gates in Owerri city at the behest of the Rochas Okorocha administration has...