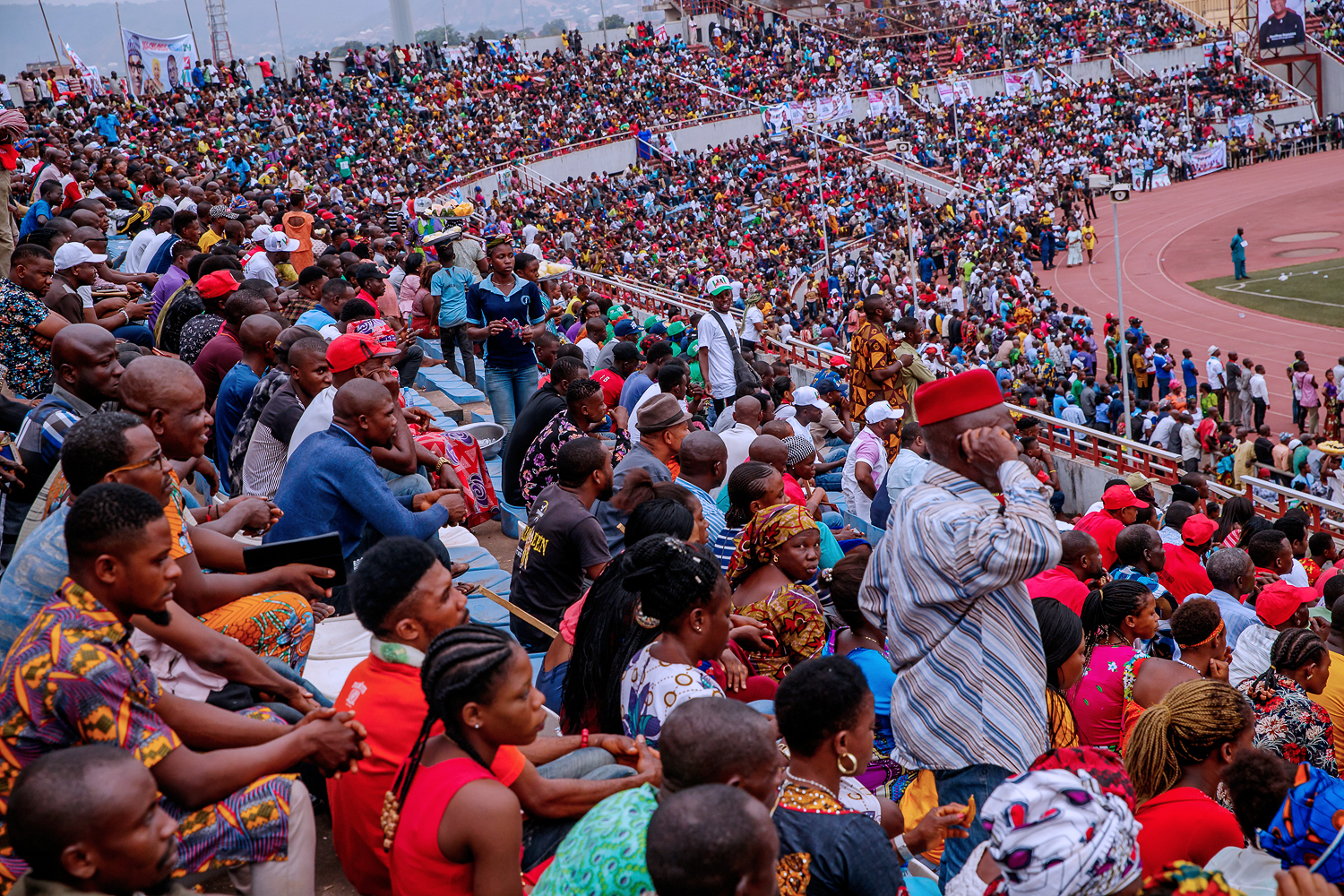 Close observers of the political scenario in Imo State agree that there was strong resentment to President Buhari’s re-election in the South East including Imo State. This has been attributed to reason the PDP presidential candidate and former Vice President; Atiku Abubakar won the presidential election despite the grip the APC have in Imo State irrespective of the division and chaos rocking the party.

However, the race for the Senatorial and House of Representatives seats gave an inkling of the local dynamics that may come up during the governorship polls. Because the sentiments that dictated the results of the Presidential election are not the same with that of the National Assembly polls, it however provided a direction the guber polls will look like in Imo State.

Despite the interest of more than 60 governorship candidates flying the flags of various political parties, it was the PDP and the All Progressive Congress, APC that showed strength and capacity during last Saturday’s polls. It was Rochas Okorocha faction of the APC who conjured what it described as a perfect alliance with the Action Alliance, AA, that took on the PDP in the scramble for Senatorial and House of Reps seats across the State.

The AA in Imo is run by Okorocha’s son in law, Uche Nwosu who had picked the party’s governorship ticket after losing the governorship flag of the APC to Senator Hope Uzodinma. The combination worked out as the APC and AA picked Orlu Senatorial seat which Okorocha won and four House of Reps seats respectively mainly in Orlu zone.

Okigwe zone has shown that it may be the deciding factor that will determine which political party will win the governorship election. The Senatorial election were declared inconclusive after the APC Senatorial candidate, Benjamin Uwajumuogu had called for the cancellation of the results. There will be also fresh polls for some House of Reps seats with fierce contenders from the PDP, Okorocha’s APC/AA combination.

Uwajumuogu is aligned to the Imo APC coalition where Senator Hope Uzodinma, the party’s governorship candidate holds sway. It remains a puzzle how the Senator’s faction of the APC failed to make an impact at the polls by not clinching a single House of Reps seat. Staunch members of the Coalition such as Hon Goodluck Opiah lost a return bid to the House of Representatives. Imo State Deputy Governor, Eze Madumere also lost his Mbaitoli Local Government. The Senator however delivered his home Local Government- Oru East-where President Buhari defeated Atiku Abubakar of the PDP.

The All Progressive Grand Alliance, APGA rated as one of the major contenders in the governorship election did not make an impact at the National Assembly elections. The party did not win a single House of Reps seat including in Okigwe zone except it does when fresh elections ordered by the Independent National Electoral Commission, INEC are held in Isiala Mbano, Ehime Mbano, some polling units in Obowo and Onuimo Local Government Areas.

APGA had no input in the Presidential election and this may have weakened its candidates who took part in the National Assembly elections. As at the time of filing this report, no APGA candidate won in any of the 13 Federal Constituencies in Imo State. This has raised eyebrows how the party will perform in the governorship election next week.

Political pundits however explain that if the outcome of the Presidential and National Assembly polls in the State can be used a basis to predict the outcome of the governorship election, then the race for Government House, Owerri could be narrowed down to a clear battle between the PDP and the APC/AA, which are in alliance configured by Governor Rochas Okorocha.

At the same time in a State noted for hi- wire politicking, political uncertainty and interchanging political variables, last minute political alignments and re alignments, there is nothing cast on stone to predict which of the political parties and their candidates will brace the tape of victory on March 9. The contest is open and remains any of the candidates call.

However, the race for the Senatorial and House of Representatives seats gave an inkling of the local dynamics that may come up during the governorship polls. Because the sentiments that dictated the results of the Presidential election are not the same with that of the National Assembly, it provided a direction the guber polls would look like in Imo State.