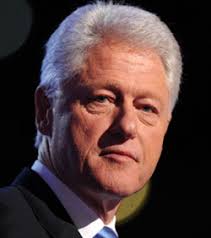 Clinton said he cancelled the visit because it could be “politicized”

The planned trip was facilitated by the Kofi Annan Foundation and the National Peace Committee (NPC).

“Over the course of the last several days, and after various conversations with the different stakeholders, it’s become apparent that President Clinton’s visit to Nigeria has the potential to be politicized in a way that is not in line with the goals of the Committee. Therefore, he will not be travelling to Abuja,” Clinton’s spokesman, Angel Ureña, said in a statement.

Clinton had been set to deliver a keynote speech at a ceremony for the signing of a peace accord by presidential candidates.

He will, however, speak with President Muhammadu Buhari of the All Progressives Congress (APC), who is standing for re-election, and his main challenger, Atiku Abubakar of the Peoples Democratic Party (PDP), the statement added.

Elfreeda Foundation Comes On Board August 11

innonews - August 9, 2017 0
The Elfreeda foundation, a non-profit, non-government, non-political foundation set up with the aim of providing a stabilizing base for homeless women and children to...

innonews - January 4, 2018 0
Egypt international, Mohammed Salah of Liverpool has been voted Africa Footballer of the year. Salah, 25, has been in top form for both his club...