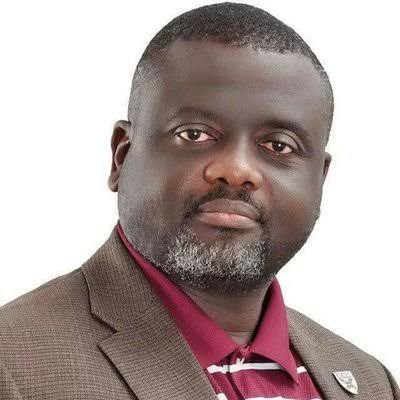 The race for Orlu senatorial seat (Imo West) is taking a new dimension. The zone is made up of 12 local governments and is adjudged the largest geo political zone in Imo State.

Since the advent of democracy in the country in 1999, representatives of the zone at the senate have under-performed in representation. This has led to little or no dividends of democracy for the people. This has also has raised concern among the electorate in the zone who have vowed to make a departure from this sordid past by electing a credible Senator who understands the nuances involved in the act of responsive representation and legislation.

One of the major contenders for the Orlu senate seat is Hon Jones Onyerirri, the PDP Orlu senate candidate and member representing Isu/Nwangele/ Njaba/Nkwerre Federal Constituency in the House of Representatives. He is up against Governor Rochas Okorocha who is the All Progressive Congress, APC senatorial candidate for Orlu zone.

Many contend that the Orlu senate seat has become a retirement ground for politicians from the zone and this must change in 2019. This is why the aspiration of Hon Jones Onyeriri whose sub zone (Nwangele, Isu, Nkwerre/ Njaba federal constituency has not produced a senator for the zone is attracting so much approval and endorsement.

A careful observation of the political dynamics in Orlu zone shows that the present Senator representing the zone, Senatir Hope Uzodinma is the governorship candidate of the APC, while Rochas Okorocha who is the APC Orlu senatorial candidate is the Governor of Imo State.

Uzodinma is from Oru axis while Okorocha is from Ideato nation all in Orlu zone.

Senator Uzodinma has represented Orlu zone in the senate for 8 years while Governor Okorocha is on the verge of completing his second term of 8 years as Governor of Imo State .

From the above narrative, both Ideato nation and Oru area where Okorocha and Uzodinma come from have had more than a fair share of the political cake in Orlu zone and should therefore pave way for Hon Jones from Nwangele/Nkwerre/Isu/Njaba axis to occupy the senate seat in order to correct the lopsided political imbalance in Orlu zone.

If Uzodinma from Oru area succeeds to become Imo State Governor and Okorocha goes to the senate, what becomes the lot of the largest federal constituency in the zone where Hon Jones hails from? This will amount to continuous extension of marginalization of the people of Nwangele/Nkwerre/Isu/Njaba Federal Constituency who have not produced a senator for Orlu zone.

This is why the aspiration of Hon Jones Onyeriri has continued to attract support and attention from the good people of Orlu senatorial zone.

Victory for Hon Jones Onyeriri in the forthcoming Presidential and National Assembly elections will be a victory against marginalization in Orlu zone and a halt to the era of converting senate as a retirement ground for some politicians.

Eze Madumere: In The Midst Of A Blue Sea And Deep...

innonews - January 29, 2018 0
Deputy Governor of Imo State, Prince Eze Madumere has joined the Imo governorship race. Declaring for the governorship contest must have been a serious...

APC Opens Up On Purported Expulsion Of Uzodinma

innonews - January 24, 2019 0
The National Working Committee of the All Progressive Congress, APC has opened up on the purported suspension of its governorship candidate, Senator...