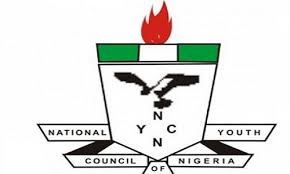 Members of the public have been advised to shun and disregard any planned illegal debate organized by some of itS unscrupulous members on behalf of National Youth Council of Nigeria, NYCN scheduled to hold on Wednesday, 6th February, 2019 at Protea Hotel, Owerri.

Speaking to newsmen in Owerri, South East Vice President of NYCN, Isidore Chukwuemeka, pointedly accused Chibuike Echem and Izunna Agwuncha of masterminding the illegal debate, stating that they are are not members of NYCN.

He alleged that the offices of South East Vice President of NYCN and Organizing Secretary of the Body are being impersonated thus lack the power to hold any debate.

He warned the public/politicians to back off from the debate as police is aware of the illegal debate having been served the High Court Judgement (of Nasarawa State Judicial Division on 30 Day of October 2018 which nullified the said purported congress.

Opara said ” You will recall that these imposters were part of the purported illegal gathering in Gombe state in 2018 which they claimed was a congress of NYCN, the purported congress was nullified by Nasarawa State High Court…the judgment was never appealed by them till date”.

He said the debate is an illegal one noting that youths in the State and the South East have concluded plans to mobilize to stop the illegal gathering as it poses security risk.

He called on police to call the imposters to order to avoid security breach in the society.

innonews - July 24, 2021 0
Dr. Phillip Njemanze, the leader of Commitee for World Peace, and Global Prolife Alliance, (GPA), has revealed that 26 States in Nigeria,...

Griezman Can Leave If…. Simeone

innonews - December 16, 2017 0
Diego Simeone, the Atlectio Madrid Coach, has said his star striker, Antoine Griezman can only leave the club if the right opportunity comes. The Coach...

innonews - May 1, 2021 0
Ohaneze Ndigbo has been advised to expand it's Peace and Reconciliation Committee beyond it's present  composition. Ohaneze in reaction...

innonews - April 30, 2022 0
BY CHIDI MGBE As primaries for various elective positions draws near in the All Progressives Congress, APC, in Imo...