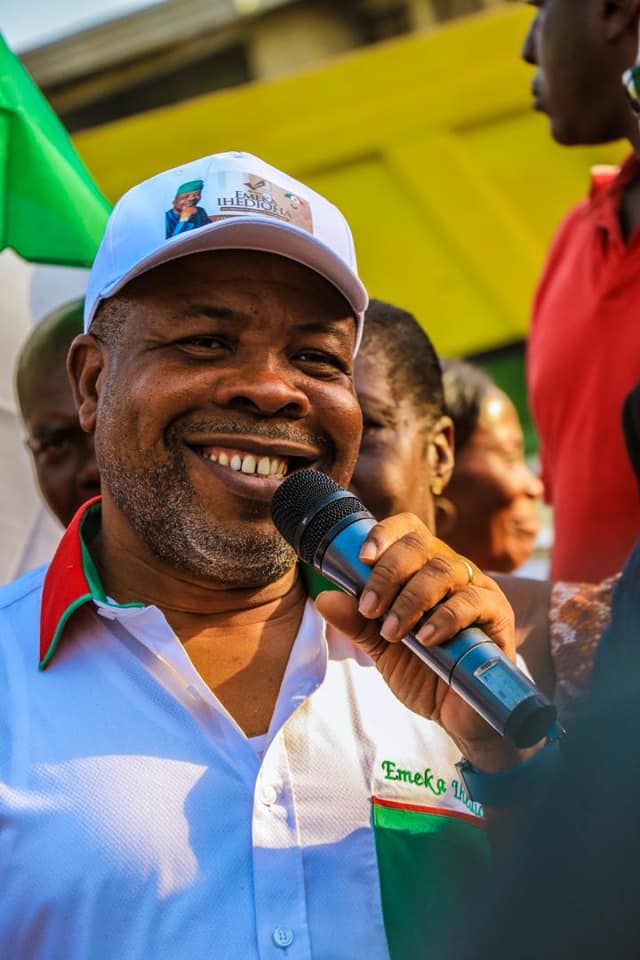 No fewer than 69 political parties in Imo State have expressed their satisfaction with the outcome of the governorship election in the state which produced Emeka Ihedioha of the Peoples Democratic Party, PDP as the governor elect.

The parties under the aegis of the Inter-party Advisory Committee (IPAC), the umbrella body of registered political parties in Nigeria, disclosed this at a press conference held in Owerri, yesterday.

Duru Bennett, State IPAC Chairman, Peter Okafor, state Chairman, Peoples Redemption Party (PRP) and others who spoke on behalf of the group described the election as free, fair, credible and the victory of the PDP candidate, as well deserved.

They berated some of their members who according to reports plan to approach the courts to challenge the outcome of the election, stressing that efforts should rather be made on how to support the incoming government to succeed.

“We call on every Imolite and Nigerians in general to disregard the release issued by some of our colleagues against the Imo guber election.

“On the contrary, we are all delighted with the outcome and are solidly behind the governor elect, Rt. Hon. Emeka Ihedioha. We shall stand behind him to succeed.

Also over 50 governorship candidates in the state have accepted the outcome of the Governorship election in Imo State and pledged their collective support to Ihedioha.

Speaking on their behalf at a press briefing in Owerri on Saturday, Excel Nwaneri-Ochiama of the Fresh Democratic Party, FDP said they are of the expectation that the governor elect will focus on revamping the economy of the state as well as prioritize effort on human capacity building immediately he assumes office.

He said, “ordinary, we will say we are heading to the court but to challenge the result or the outcome but to establish certain areas INEC must have to improve, particularly on transmission of results. But as patriotic citizens, we all saw the will of our people expressed by way of vote for Rt. Hon. Emeka Ihedioha and we decided to accept our faith and submit out memoranda whenever time calls for it.

“We also want the world to know that about 90% of us in Imo are in full support of the election outcome.

“For those of us who are clamouring to head to the court, we appeal to them to sheath their political sword, so that we can collectively drive Imo to our place in destiny.”

The Imo Fiasco: Time To legislate Handover. BY STEVE OSUJI

innonews - June 6, 2019 0
It is a perverse and graceless state out here in Imo State. One is not talking about the sheer dishevelment and...

innonews - February 13, 2022 0
Details have emerged on the  66 km Owerri- Okigwe  road reconstructed by the administration of Senator Hope Uzodimma. There...

innonews - November 8, 2017 0
PROTOCOLS 1. I am here to present 2018 Budget Proposals. Before presenting the Budget, let me thank all of you Distinguished and Honourable Members of...

innonews - August 7, 2020 0
The Election Petition Tribunal, sitting in Owerri, Friday, has struck out a petition filed by the candidate of the Peoples Democratic Party,...