Home Politics Imo Guber: I Will Not Step Down For Anyone- Nwulu 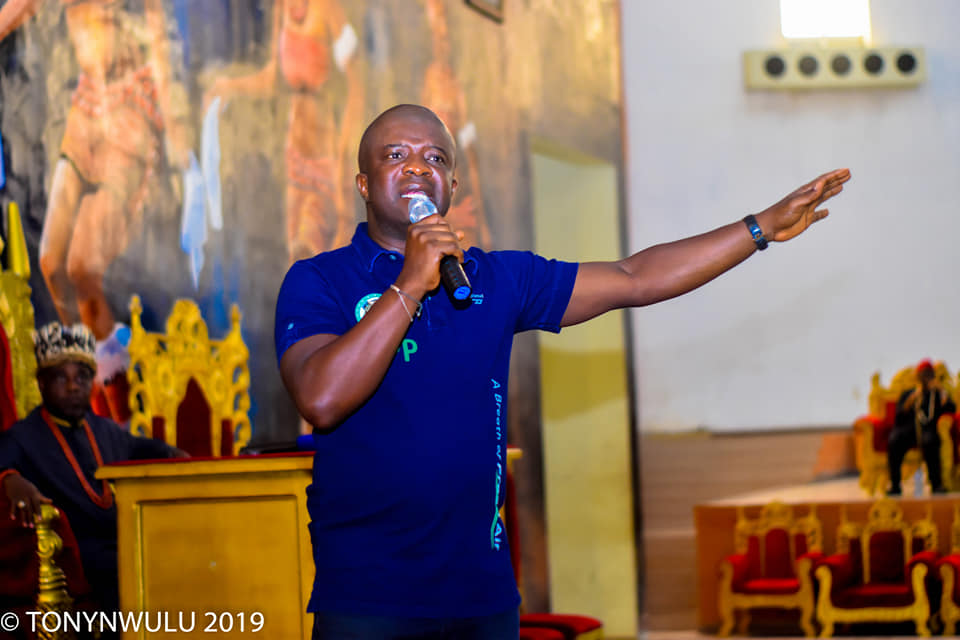 The United Progressive Party, UPP governorship candidate in the governorship election in Imo State, Hon Tony Nwulu has made it clear that he has not stepped out of the contest for any candidate.

In a statement in Owerri, Nwulu said he is very much in the race, describing those peddling the fake news of being scared of his towering political profile and chances of winning Saturday’s governorship election.

He said having campaigned so hard across the nooks and crannies of the State soliciting for votes from the good of people of the State, there is no reason whatsoever for him to step down for anyone.

He maintained that throughout his campaigns across the State, he received overwhelming endorsement and support from various groups, associations, men, women, youths, workers, pensioners, artisans, religious leaders, traditional rulers  who aligned themselves with his genuine aspiration to take Imo State to the next level when elected as Governor.

“My attention has been drawn to fake news on the social media that I have stepped down for an unnamed governorship candidate.

“There is no iota of truth in the report as I am very much in the governorship contest in Imo State. The report is fake and the handiwork of some desperate politicians scared of my chances of wining today’s governorship election.

“I could not have stepped out from the race after receiving  overwhelming endorsement and support from various groups, associations, men, women, youths, workers, pensioners, artisans, religious leaders and traditional rulers in Imo State  who have aligned with my  genuine aspiration to take the State to the next level.

“I wish call on all my supporters to ignore the fake news and go out and cast their votes for me in the governorship and for all UPP candidates taking part in the State Assembly elections.

“My resolve to serve the people of Imo State is driven by my passion to take the State away from its precarious and sorry condition to a State where all citizens will be happy and be proud to call their own. With your votes, we shall succeed.

innonews - May 14, 2019 0
The US Embassy on Tuesday announced the indefinite suspension of interview waivers for renewals, otherwise known as the “Dropbox” process.

innonews - May 11, 2017 0
Former governorship aspirant, Mr. Okey Ezeh has taken a step towards realizing his failed governorship ambition in 2015. He was engaged in a fierce war...

innonews - June 28, 2017 0
Dani Alves has said he is on his way out of Italian Champions, Juventus as he looks forward to seal a move to English...