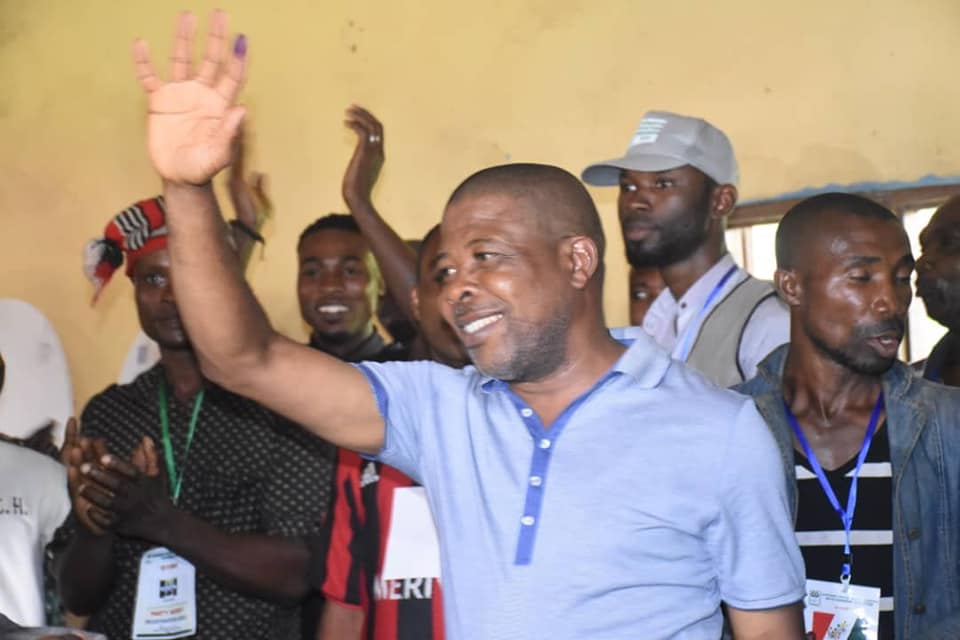 This is contained in a statement by Chibuike Onyeukwu, media aide to Ihedioha

He made this known shortly after casting his vote in his polling unit at Town School, Mbutu in Aboh Mbaise LGA. Imo State.

He said, “In Imo, INEC has done a credible job. I commend such heroes like Prof. Ibeawuchi. The Imo State Electoral Commissioner has been splendid. His team has been wonderful. I believe he will be able to contain the activities of the Ad hoc staff that they have engaged.

The former Deputy Speaker of the House of Representatives, who was accompanied by his wife, also expressed satisfaction with the level of security. “I am so far impressed with the security situation so far.

The level of security provided up till this point, seems very reasonable and I hope it is sustained till the wee hours of the
morning.”

Speaking on reports of intimidation in some local governments, he
said, “I believe the law enforcement agencies and electoral umpire will take appropriate steps so that if there are persons who are known to have masterminded these acts to hoodwink the people and jeopardize the electoral process, the full weight of the law should take its course. I have little doubt that INEC and security agencies are equal to the task and to live up to the expectations of Imolites and Nigerians at large.

Rt. Hon. Ihedioha expressed optimism for a favourable outcome of the polls, noting, that from reports from various wards and local governments, he is expectant of victory for the PDP.

“The reports I am getting from across the state is that Imolites are voting PDP candidates for the governorship and state assembly elections across the state. The reports also say that I am the popular choice of the people and it does appear to me that the people’s vote will count. By the grace of God, I am going to win.

He charged Imolites to ensure that their votes are protected. “All we need now is to be vigilant and watchful, because like you know, the night marauders like to operate at the wee hours and therefore we must
be on alert to protect our votes to ensure that the results are announced.”

innonews - October 23, 2017 0
Everton has sacked its manager, Ronald Keoman. Keoman is the third manager to be sacked in the English Premier league this season. Everton have been having...

innonews - March 28, 2018 0
“I am delighted to once again welcome you to this National Executive Committee Meeting of our great party. As we usually do, I hope...