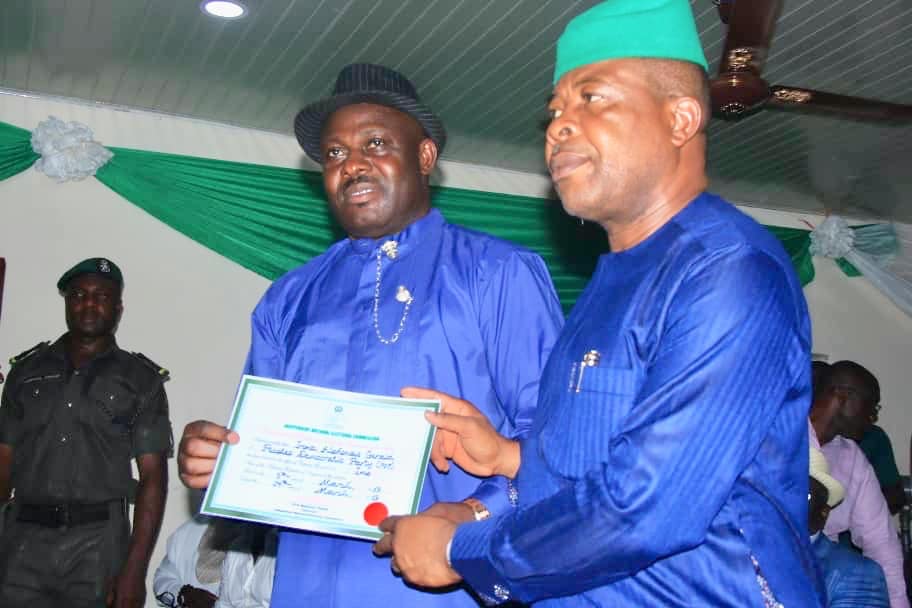 Ihedioha was declared winner of the March 9, 2019 governorship election defeating candidates of over 70 political parties

The Governor elect and his team later addressed party faithful  at the State headquarters of the Peoples Democratic party, PDP, Owerri.

Speaking to PDP members at the State party secretariat, Owerri, the Governor elect said  PDP’s victory at the just concluded elections was victory for the people of the State who believe in democracy and rule of law.

He promised to run open, transparent and inclusive government  in order to aid the task of rebuilding the State.

IAC Opens Up On Qualities Of Next Governor Of Imo State

innonews - November 24, 2018 0
The Imo Awareness Coalition, IAC, a political watchdog group based in Owerri, Imo State has said there is need for Imo people to place...

innonews - September 22, 2017 0
Okigwe zone is replete with abandoned projects. This is the grouse of Okigwe Dynamic Movement, ODM, a powerful interest group championing the cause of...

innonews - July 17, 2018 0
Nigeria’s Taiwo Awoniyi has signed a deal with English Premier league club, Liverpool. He agreed to the deal on Tuesday. The contract extension is said to...

innonews - December 17, 2020 0
BY EBERE EKECHI The race for Ohaneze Presidency has intensified, with under currents, emerging dynamics and intrigues shaping the...