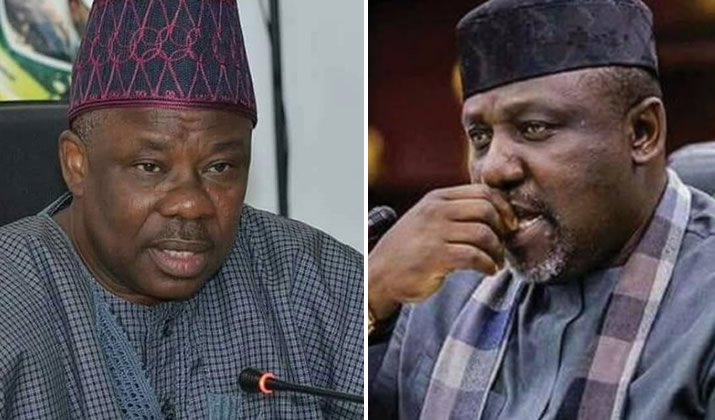 Following the suspension of Imo and Ogun States Governors, Rochas Okorocha and Ibikunle Amosun, the Independent National Electoral Commission, INEC, says the suspension of the Governors has no bearing on their status as senators elect.

INEC Commissioner for Information and Voters Education, Festus Okoye was quoted by Thisday on Sunday to have said that “the suspension or expulsion of members of a political party is within the domestic realm of the parties and has nothing to do with the presidential and National Assembly elections.”

“The validity of the returns made are within the purview of the commission and the Election Petitions Tribunals.

It would be recalled that the National Working Committee, NWC of the APC had suspended Governor Okorocha and Amosun for anti party activities.

The party in a statement by its spokesman, Lanre Issa Onilu also said the NWC would issue a query to the suspended Governors.

2023:Those Who Are Threat To Igbo Presidency Exposed

innonews - October 19, 2017 0
The Abia State Government has lifted the 10pm to 6Pm curfew imposed on Aba, Abia State on September 12 because of the  improved security...

innonews - November 18, 2020 0
A Federal High Court, sitting in Owerri, has dismissed for lack of merit fresh application filed by Frank Ibezim, a former All...