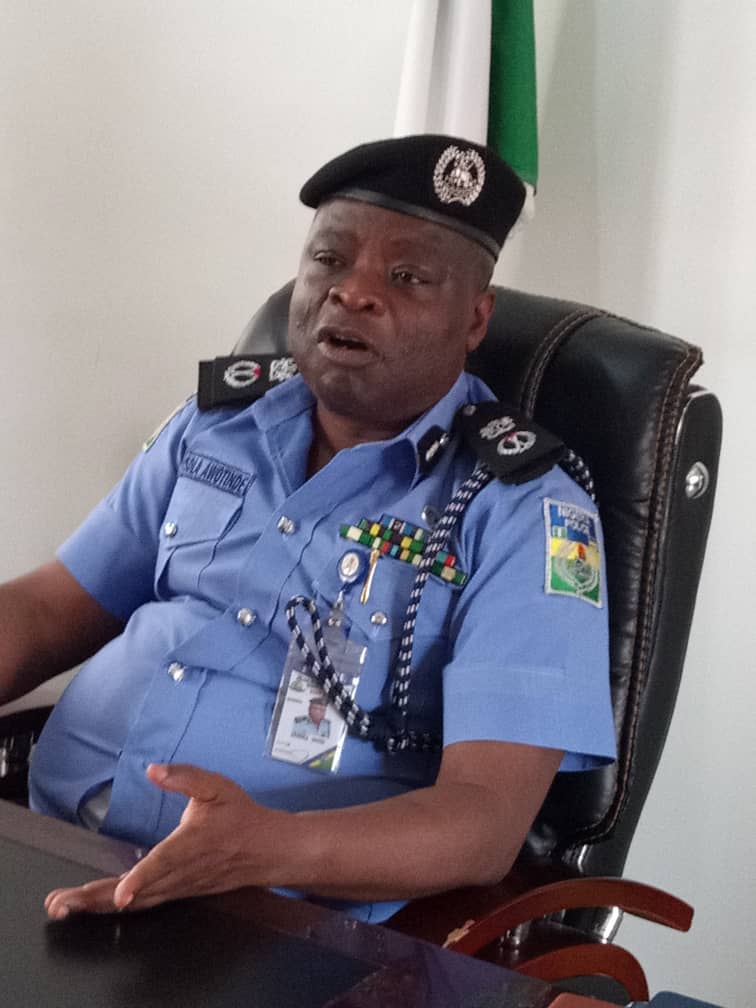 The State Commissioner of Police, CP Awosola Awotinde   disclosed this while briefing journalists at the command headquarters in Abakaliki on the preparedness of the police in the state.

According to him, the flashpoints, which he described as volatile areas, gave the command trouble during the just concluded presidential and National Assembly elections in the state.

He said that adequate attention would be paid in the areas during Saturday’s election.

“We have some flash points and I will not name them but we have taken care of them. We have about four of them and they are volatile areas. They gave us problems during the presidential and National Assembly elections and we are expecting problems there during the governorship and state Assembly elections”.

Awotinde further added that relevant logistics have been put in place to ensure that the state record violence-free elections in the state.

The Police boss also warned troublemakers to steer clear from the state during the polls as the command would deal decisively with anyone who want to breach the peace in the state.

“We the police, in conjunction with other security agencies, are ready as usual to provide adequate security for them before, during, and after the election. People should go and exercise their franchise on Saturday”.

“I am using this opportunity to warn troublemakers to desist from it or relocate because they are not going to find it easy as we have been dealing with them already, we will continue to deal with them.

“We also want to inform the general public that if there is any breach of the peace, they should call the numbers we have already made available to them for quick response.

innonews - May 27, 2019 0
Minister of Transportation, Rotimi Amaechi, has  received fresh salvos from former Anambra State Governor, Peter Obi for saying the Igbo have...

innonews - March 22, 2021 0
BY RALPH EJIMKONYE The long road to the senate for Senator Ifeanyi Araraume and Frank Ibezim may continue, as...