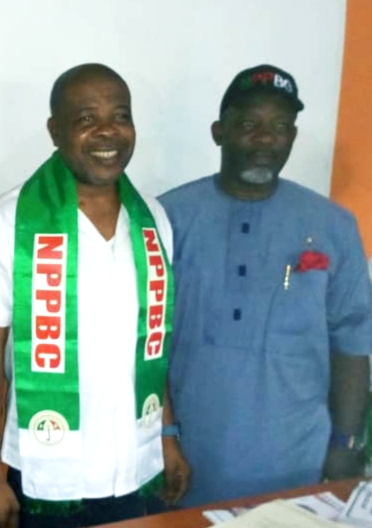 More accolades have continued to come the way of Imo State Governor elect, Hon.Emeka Ihedioha on his victory at the March 9, 2019 governorship election.

The latest is coming from a key and strategic group in Ihedioha’s political party, the PDP.

In a letter dated 24th March, 2019 to the Governor elect by the national leadership of the group and signed by its South East Co-coordinator, Chief Chuks Ajaelu, KSC, PHF, the NPPBG said Ihedioha’s victory “is a proof that with oneness of heart, unity of purpose and the general good of the people, Imo State would be taken to a greater height with a sure promise of a stable economic sustainability and human capital development all geared towards rebuilding a new Imo of our collective dream

Part of the letter reads “NPPBG also wishes to congratulate the leadership of the party, stakeholders and the entire Peoples Democratic Party, PDP in the State for a victory well deserved

Do Not Succumb To Pressure, Group Tells Ihedioha

innonews - September 11, 2019 0
Imo State Governor, Emeka Ihedioha, has been advised not to succumb to undue pressure in delivering his...

innonews - March 22, 2018 0
President Muhammadu Buhari was in Zamfara State on Wednesday, March 22, 2018 as part of his visit to troubled States in the Federation. See...

innonews - September 19, 2018 0
The much new Bishop of Owerri Anglican Diocese has been appointed. He is the Rev Chukwuma Oparah Phd, a Head of Department Alvan Ikoku Federal...

innonews - July 13, 2021 0
Confusion and suspense seems to have enveloped loyalists of Governor Hope Uzodimma, over his continued silence and delay...